James Gunn also had some input on the Thor script!

James Gunn has nothing but positive things to say about Taika Waititi’s Thor: Love and Thunder script.

Thor: Love and Thunder is set to be one of the most exciting films that Phase 4 has to offer. Not only does the film introduce Jane Foster’s Mighty Thor, but it will also include the Guardians of the Galaxy. Thor grew close to the cosmic team in Avengers: Infinity War after they rescued him after his fight with Thanos in the film’s opening credits. With the Guardians of the Galaxy playing prominent roles in the Thor sequel, a fan was wondering if Guardians director and writer James Gunn had anything to do with Taika Waititi’s Thor: Love and Thunder script.

During an Instagram Stories Q & A, James Gunn was asked by a fan if he had seen the Thor: Love and Thunder script and if he had any input on the film. Gunn replied with a short “Yes and yes (and it’s great)”, revealing that he lent his creative talents to Taika Waititi’s script. 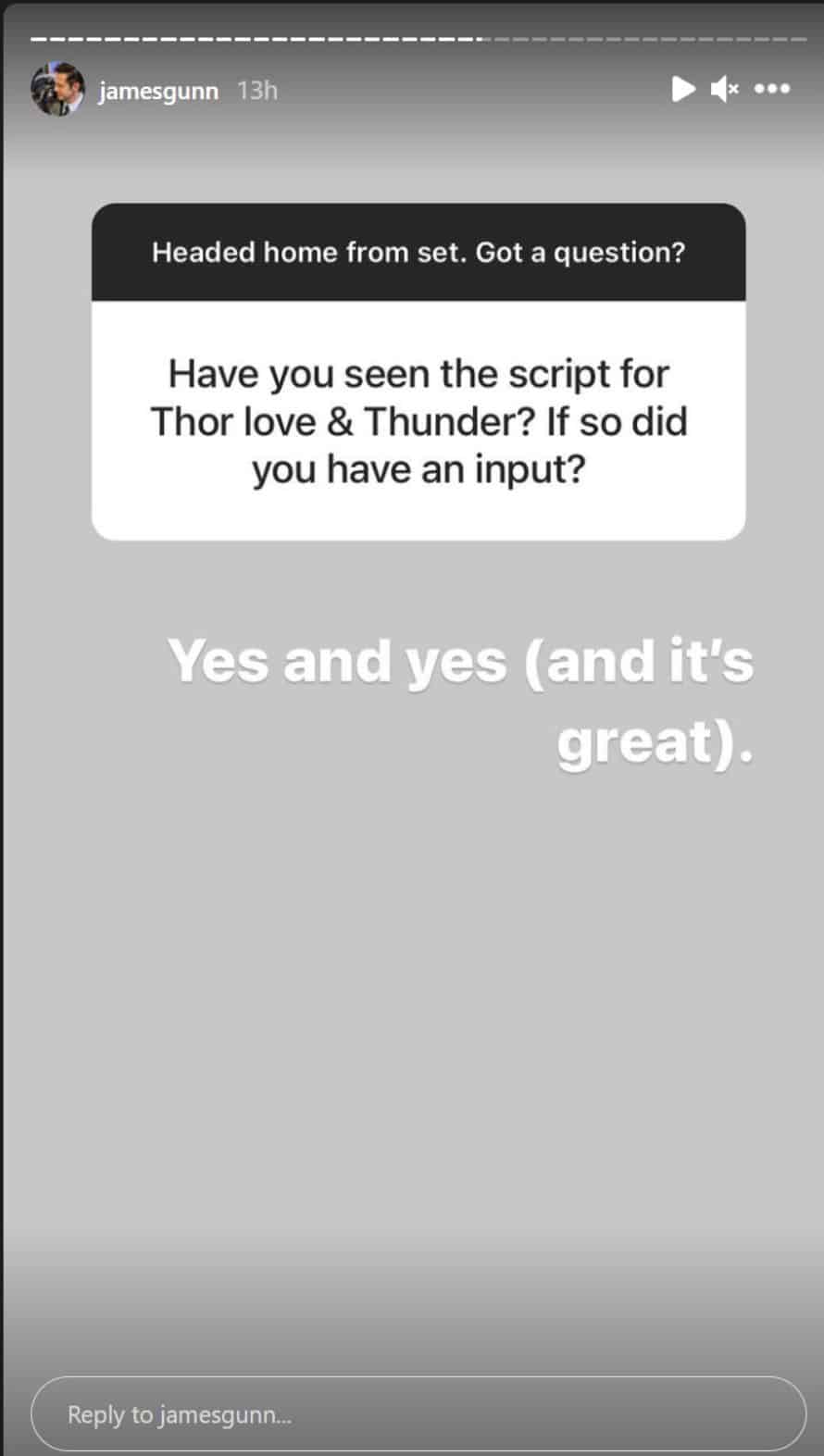 Are you excited to see Taika Waititi’s Thor: Love and Thunder? And what about James Gunn’s upcoming The Suicide Squad? Comment below and let us know!

Full details on the plot for  Love and Thunder are currently being kept under lock and key. The Marvel Studios film is said to be partly based on Jason Aaron’s Mighty Thor comic book run, with Jane Foster becoming the new Thor.

The film is set to be released on May 6, 2022. Stay tuned for all the latest news on the upcoming Marvel Cinematic Universe film and be sure to subscribe to Heroic Hollywood’s YouTube channel for more exclusive video content.