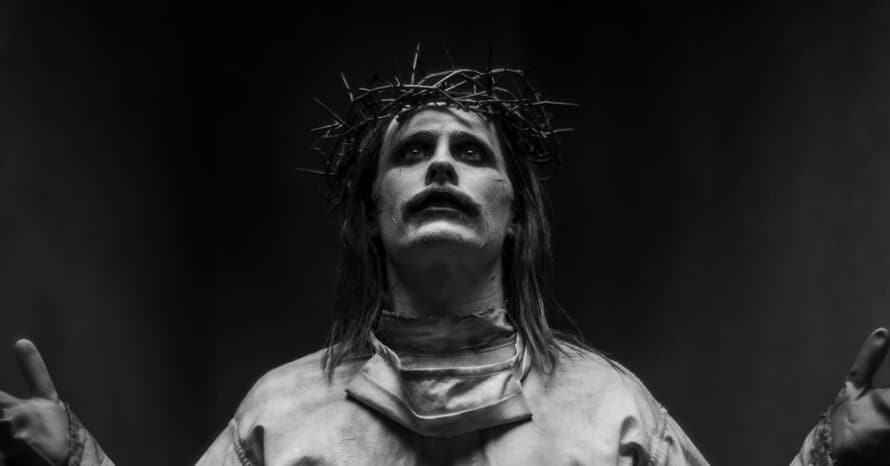 Jared Leto recently opened up about returning as Joker for Justice League, with director Zack Snyder revealing a new behind-the-scenes shot of the villain.

With just days to go until Zack Snyder’s Justice League finally sees the light of day, Joker star Jared leto opened up about returning to play the character again after David Ayer’s Suicide Squad. The first full trailer for the film revealed that the Clown Prince of Crime will finally share the screen with Ben Affleck’s Batman in the Knightmare timeline as a survivor of Darkseid’s assault on Earth.

When speaking to Entertainment Tonight, Jared Leto explained that he’s kept his involvement with the project a secret for quite some time – noting that it’s strange to actually talk about it. The star went on to praise Zack Snyder for knowing so much about the DC Universe and caring about getting his Joker right. The director also revealed a new shot of Leto in character during the Knightmare sequence, showing the villain wearing a bulletproof vest and wielding an assault rifle.

“It was a secret I had to keep for so long, it feels funny to even talk about it. [Snyder] knows that world like nobody else… He cares so deeply about the character. He cares so much about the fans. I was happy to be a part of his journey and retelling that story and telling it the way that he always dreamed of. And it was fun to dip my toe into the character again.”

Take a look at the behind-the-scenes image of Jared Leto’s Joker below.

What do you think to Jared Leto’s new look as the Joker? Are you excited to see the villain return in Justice League? Sound-off in the comments below!

Zack Snyder’s Justice League cut is expected to hit WarnerMedia’s HBO Max on March 18, 2021. Stay tuned for the latest news regarding Jared Leto’s Joker and the Zack Snyder Cut, and make sure to subscribe to our YouTube channel for more content!