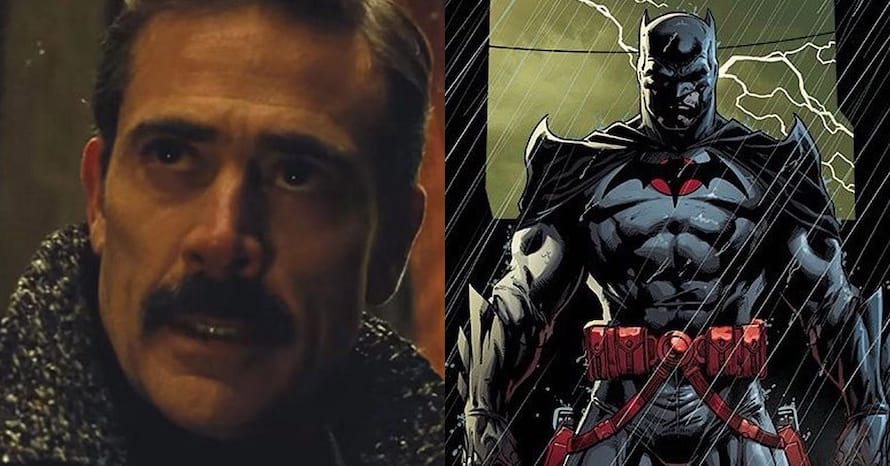 The Walking Dead star Jeffrey Dean Morgan still wants to play the Thomas Wayne version of Batman for The Flash but admits time is running out.

Back in 2016, Jeffrey Dean Morgan made his DC Extended Universe debut as Thomas Wayne in Batman v Superman: Dawn of Justice. Since then many have hoped that The Walking Dead star would at some point portray the alternate version of Bruce Wayne’s doomed father. This possibility later seemingly became more likely given that the upcoming film The Flash is based on the 2011 comic book arc Flashpoint, where the Thomas Wayne version of Batman played a prominent role in the story.

Last year, any hopes of Jeffrey Dean Morgan portraying Thomas Wayne were permanently crushed as it was revealed that Michale Keaton was in talks to return as Batman for The Flash. While specifics on the plot are being kept under wraps, it is expected that Michael Keaton’s version of Batman will take up the role that Thomas Wayne’s Batman had in the Flashpoint storyline. Morgan, however, is still up for portraying the character.

While speaking to CinePOP, Jeffrey Dean Morgan discussed the role of Batman and how he still wanted to portray the character but admitted that the window for playing The Caped Crusader is quickly running out:

“At the top of my list has always been Batman, that’s always been my favorite superhero. And talking about Flashpoint has been very fun, I get asked about it a lot. I love the story of Flashpoint Batman. Who knows? Who knows with DC? Who knows with how these franchises work? I suppose I probably have like another two, three-year window, and then I’m gonna be too old. There’s no way. So, look, I’m available. Everybody knows I’m available. I say I’m available, I’ve been saying it for five years. We’ll see what happens. There’s so many superheroes.”

Would you all like to see Jeffrey Dean Morgan play Thomas Wayne in The Flash? Are you happy that Michael Keaton is returning to the role instead? Let us know what you think in the comments below!

Plot details for The Flash are currently unknown. Michael Keaton and Ben Affleck will return as their respective Batmen and guide Barry on this journey inspired by Geoff John’s Flashpoint. Kiersey Clemons will reprise her role as Iris West in the film, Maribel Verdú is set to play Nora Allen, and Sasha Calle will play Supergirl.

Directed by Andy Muschietti from a script written by Birds of Prey scribe Christina Hodson, The Flash will be inspired by the Flashpoint comic storyline, which followed The Flash as he navigated an altered DC Universe. Written by Geoff Johns and penciled by Andy Kuber, Flashpoint radically altered the status of the DC Comics universe and led to the launch of the New 52 titles. It is currently unknown how much inspiration the upcoming Ezra Miller film will take from the comic.

The Flash is set to hit theaters on June 3, 2022. Stay tuned for all the latest news regarding The Flash and the future of the DC Extended Universe and be sure to subscribe to Heroic Hollywood’s YouTube channel for more exclusive video content!