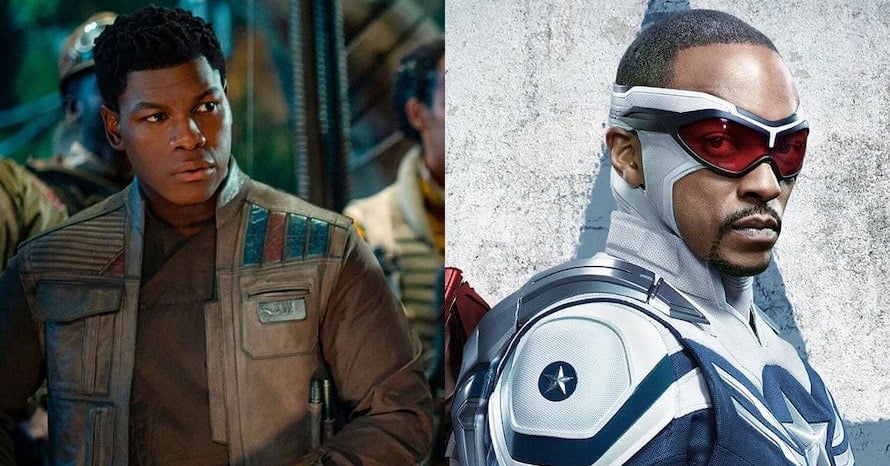 Star Wars actor John Boyega praised Marvel Studios for putting Sam Wilson in the spotlight with The Falcon and The Winter Soldier.

In the time since Star Wars: The Rise of Skywalker arrived in theaters, John Boyega has opened up about how Disney failed Finn’s story even though the initial marketing for The Force Awakens positioned him as the new hero in the Star Wars galaxy. But in a recent conversation with Ira Glass for NPR’s Fresh Air, the star explained that he’s glad the same thing isn’t happening with Marvel Studios and characters like Sam Wilson.

John Boyega pointed out that “characters are only as good as the moments that you give them” and pointed out that Chris Evans’ Captain America was elevated to a new level in Avengers: Endgame when he stood against Thanos towards the end. He went on to say that it’s clear Marvel is doing the same with Sam Wilson thanks to The Falcon and The Winter Soldier and making him the new Captain America. Take a look below.

“The characters are only as good as the moments that you give them. When we talk about, you know, Captain America and him kind of facing off Thanos and his army, when you talk about these moments that are given to characters, it’s only because these moments are written by somebody. These moments are put in there on purpose to elevate characters. We’ve got people now watching Falcon And The Winter Soldier, and a lot of people have been commenting about the elevation of Falcon’s character – right? – in the series and how they’ve really done well with bringing him up, which I also agree as well. You know, and we can see there is – that’s because you give characters these special moments, you know. But then what then happens when, you know, some moments feels like you’re being bypassed and it kind of goes for years and years and things pile on?”

What do you make of John Boyega’s comments about Marvel Studios and the way Anthony Mackie’s Sam Wilson has been elevated as Captain America? Sound-off in the comments below.

Here is the synopsis for the hit Marvel Studios series:

The Falcon and The Winter Soldier is available on Disney Plus. Stay tuned for all the latest news on John Boyega and the latest Marvel Studios projects, and be sure to subscribe to Heroic Hollywood’s YouTube channel for more exclusive video content.