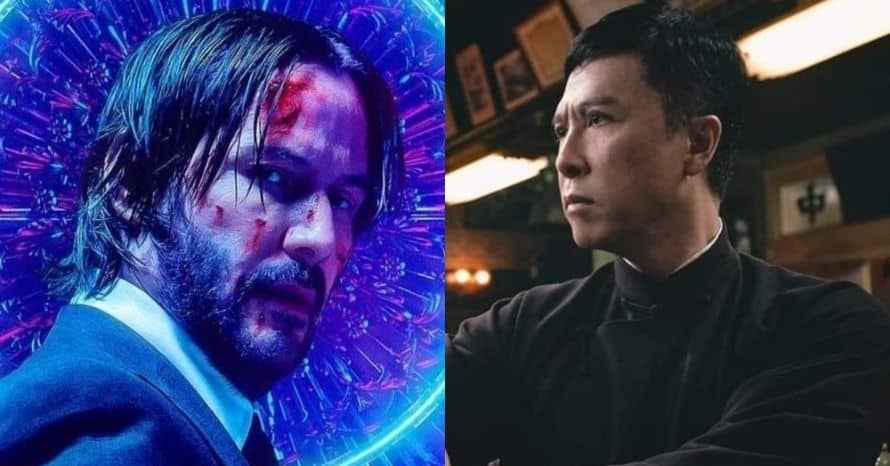 The John Wick franchise is no stranger to great actors in its cast. From beloved superstars like Willem Dafoe to character actors like Franco Nero to Oscar winners like Halle Berry, the franchise has seen its share of recognizable stars serve as allies and enemies of Keanu Reeves’ ultimate assassin. Now the franchise has added another great to its roster.

In the film Donnie Yen is said to play an old friend of John Wick, sharing the same history and many of the same enemies. On the casting, director Chat Stahelski seemed happy to have the martial arts icon on board for his film:

“We are very lucky to have Donnie Yen join the franchise. I am looking forward to working with him in this exciting new role.”

What do you all make of this casting? Are you excited to see whatever character Donnie Yen plays go head to head with Keanu Reeves’ John Wick? Let us know what you think in the comments below!

Here is the official synopsis for the latest film in the franchise:

The next film in the franchise, John Wick 4, is currently scheduled to be released on May 27, 2022. Stay tuned for all the latest news on the upcoming film and be sure to subscribe to Heroic Hollywood’s YouTube channel for more exclusive video content.