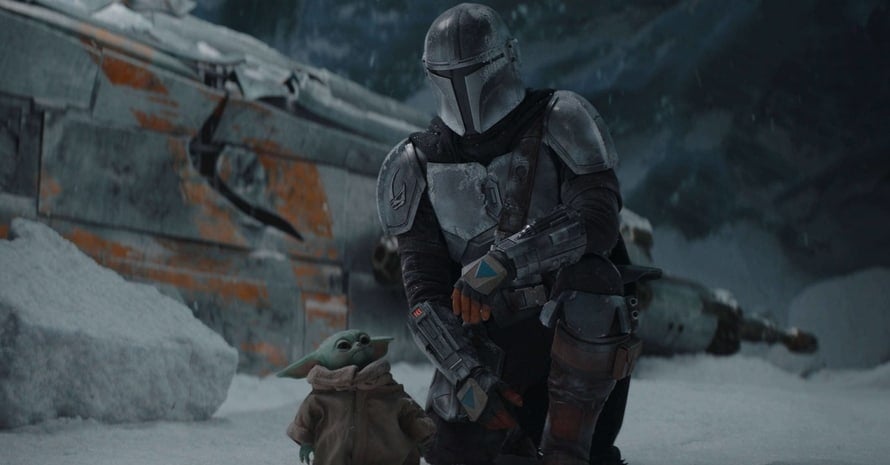 Jonah Hill revealed that Leonardo DiCaprio made him watch The Mandalorian during the production of Don’t Look Up.

It’s well known at this point that Leonardo DiCaprio almost played Anakin Skywalker in Star Wars: Attack of the Clones instead of Hayden Christensen. DiCaprio’s Don’t Look Up co-star Jonah Hill is also no stranger to almost appearing in major blockbuster films. While Dicaprio didn’t end up as Anakin Skywalker in the Star Wars prequels, it sounds like the Academy Award-winning actor is still a huge fan of The Mandalorian.

In a recent interview with W Magazine, Jonah Hill revealed Leonardo DiCaprio tried to get him into The Mandalorian while they were filming Don’t Look Up:

“I used to have a rule: If it didn’t happen or it couldn’t happen, then I just wasn’t interested, because I would lose focus. Leo made me watch The Mandalorian when we were making Don’t Look Up, and it was like, Baby Yoda was so cute, but I just didn’t give a fuck because I didn’t know anything that it was about. Game of Thrones is so sick. I know this is hilarious, because I’m in 2012. I’m just watching three episodes at a time, like you would binge any show. But I forget this happened in real time and was like a cultural event. So I watched the Red Wedding, as one of three episodes I watched that night. I’m calling friends, like, “Oh my god, Robb Stark got killed, blah, blah, blah.” And they’re like, “Yeah, dude. It was like the end-of-Sopranos-level cultural event.”

The Star Wars franchise is no stranger to featuring cameos from major actors, and while Jonah Hill might not show up in the universe given his comment, perhaps Leonardo DiCaprio will down the line?

“After the stories of Jango and Boba Fett, another warrior emerges in the Star Wars universe. The Mandalorian is set after the fall of the Empire and before the emergence of the First Order. We follow the travels of a lone gunfighter in the outer reaches of the galaxy far from the authority of the New Republic….”

You can catch Jonah Hill and Leonardo DiCaprio in Don’t Look Up, which is now available on Netflix, while the first two seasons of The Mandalorian are available on Disney Plus. Stay tuned for all the latest news on the future of the Star Wars series, Leonardo DiCaprio, Jonah Hill, and be sure to subscribe to Heroic Hollywood’s YouTube channel for more original video content.