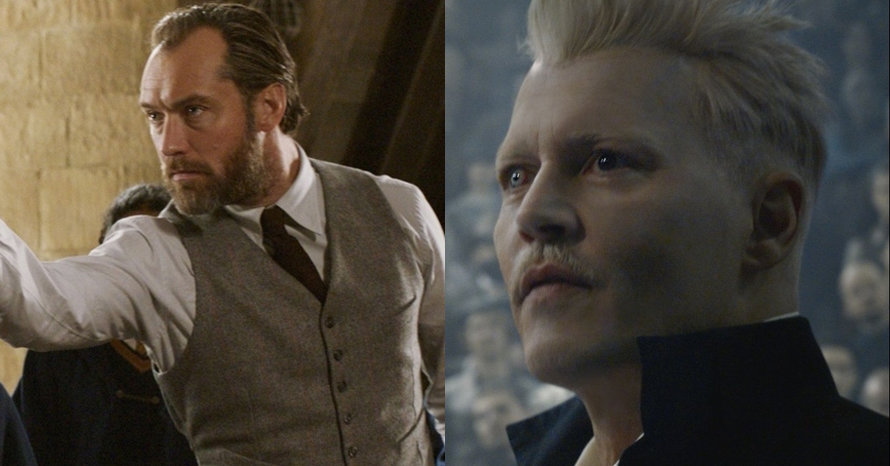 After losing his libel case against the Sun, Johnny Depp was asked to leave his role as Gellert Grindelwald in the next installment of the Fantastic Beasts franchise and his co-star, Jude Law has briefly opened up about the situation. Fans have also called for Depp’s ex-wife, Amber Heard, to step down from her role in the upcoming Aquaman sequel since she also admitted to violent behavior during the course of their relationship.

When speaking to ET online about the matter, Jude Law explained that when there’s a situation as complicated as this one, the best thing to do is defer to the studio – in this case, Warner Bros. He explained that Johnny Depp had only filmed for one day on the Fantastic Beasts sequel so it won’t have troublesome ramifications for the rest of the production. He also pointed out that because he’s just a member of the team, he has to go along with what the studio deems necessary. Take a look at Jude Law discussing the situation below.

“It’s an enormous film, and there are many, many layers to it. It’s probably one of the biggest productions I’ve ever worked on. And in a situation like this, you defer to the studio. That’s all you can do. Because you have to turn up and play your part. It was unusual for me because, in fact, on this particular role Johnny had actually only done a day’s filming, I think, on his own.In a franchise like this, it’s the studio and the company that make the big decisions. And you have to go along with those, because we’re just a member of the team.”

What do you make of Jude Law’s comments? Do you agree with Johnny Depp leaving Fantastic Beasts following the libel case? Should Amber Heard be asked to leave Aquaman 2? Sound-off in the comments below!

Here is the official synopsis for Fantastic Beasts: The Crimes of Grindelwald:

Fantastic Beasts: The Crimes of Grindelwald is now available on Digital HD, 4K Ultra HD, Blu-Ray, and DVD. Fantastic Beasts 3 is dated November 15, 2022. Stay tuned for all the latest news on the Harry Potter franchise, Jude Law, Johnny Depp, and be sure to subscribe to Heroic Hollywood’s YouTube channel for more video content!