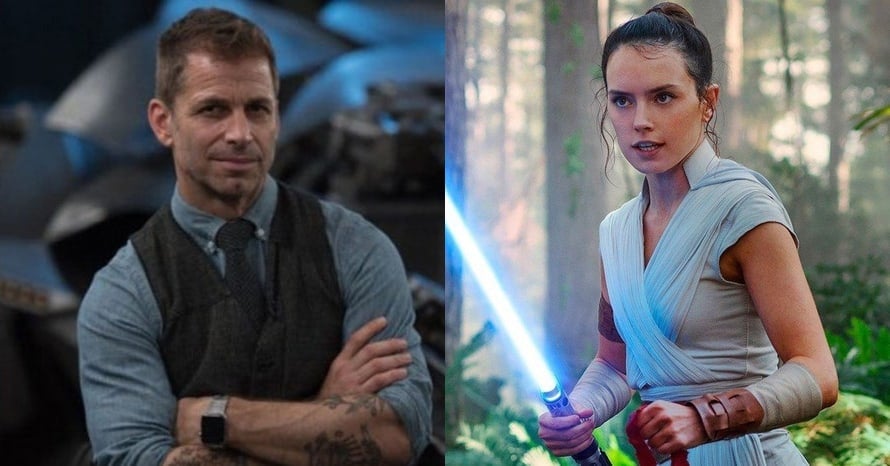 Justice League director Zack Snyder has discussed whether or not he’d be interesting in directing a Star Wars movie.

The entire saga surrounding the release of Zack Snyder’s Justice League has pushed the director further into the limelight than ever before. And in a recent interview with The Times, Snyder opened up about the entire ordeal right up until the release of his version of the DC film. He even explained how he thought Warner Bros. might sue him for hyping up Justice League. But he also revealed his stance on diving into other big franchises, using Star Wars as an example.

The Justice League director explained that he prefers to step into a world he created rather than being a “cog in your wheel”. Given his experiences working in the DC Extended Universe, it’s an understandable perspective. Zack Snyder pointed out that he’d love to make a Star Wars movie but he doesn’t think he “would survive that.” Take a look below

“Where it gets difficult is when you take a director with a personal point of view and ask him to participate in a thing that is not asking for that. The journeyman filmmaker? There are a lot of them, and they’re good. I just happen to have a specific point of view. The lesson I’ve learnt is it’s much easier for me, as a filmmaker, to create a world and invite you into it. As opposed to me saying, ‘Let me put my cog in your wheel.’ Like, I would love to make a Star Wars movie, I know a lot about it…but I don’t think I would survive that.”

What do you make of Zack Snyder’s stance on making a Star Wars movie? Would you like to see him take on a galaxy far, far away? Sound-off in the comments below!

Zack Snyder’s Justice League cut is now available on HBO Max. Stay tuned for the latest news regarding Star Wars and the DC Extended Universe, and make sure to subscribe to our YouTube channel for more content!