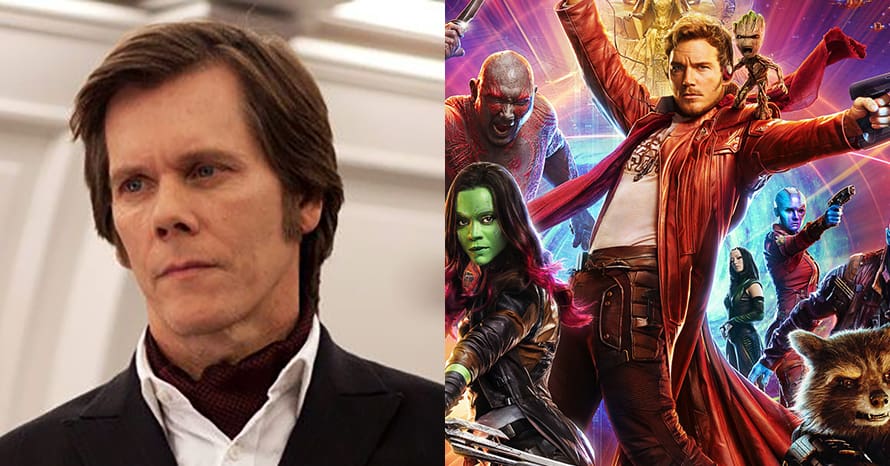 While James Gunn has teased small things about what to expect in Guardians of the Galaxy vol. 3, he obviously hasn’t revealed what the actual storyline will entail. The director previously revealed that it’ll be huge in scale and that it’s the end of his story that he wanted to tell with these characters, but aside from that – the specific plot is under wraps. However, Footloose star Kevin Bacon recently confessed that he’d love to appear in the upcoming sequel.

Back in the first Guardians of the Galaxy film Peter Quill told Gamora a tale about Kevin Bacon and how dancing is the greatest thing there is, referencing the classic 1984 film Footloose. And when asked about being directly referenced in the film during an interview with Esquire, Kevin Bacon himself explained that he had no idea that it was going to happen when he first watched the film. He also pointed out that he’d “love to be part” of Guardians of the Galaxy vol. 3 in some way. Take a look below.

“Listen, I love the idea. I would love to be part of that. When I saw Guardians of the Galaxy, I went to see it having no idea that I was discussed… It was an afternoon in New York, I was on 67th Street and went by myself, as I often do. I was like, ‘Holy sh*t. They’re talking about me. Are you guys getting this?’”

Would you like to see Kevin Bacon make an appearance in Guardians of the Galaxy vol. 3? Should Peter Quill get to meet him, or do you think the Footloose star should have a different cameo? Sound-off in the comments below!

Stay tuned for all the latest news regarding Kevin Bacon and James Gunn’s upcoming DC and Marvel films, and subscribe to Heroic Hollywood’s YouTube channel for more original video content!