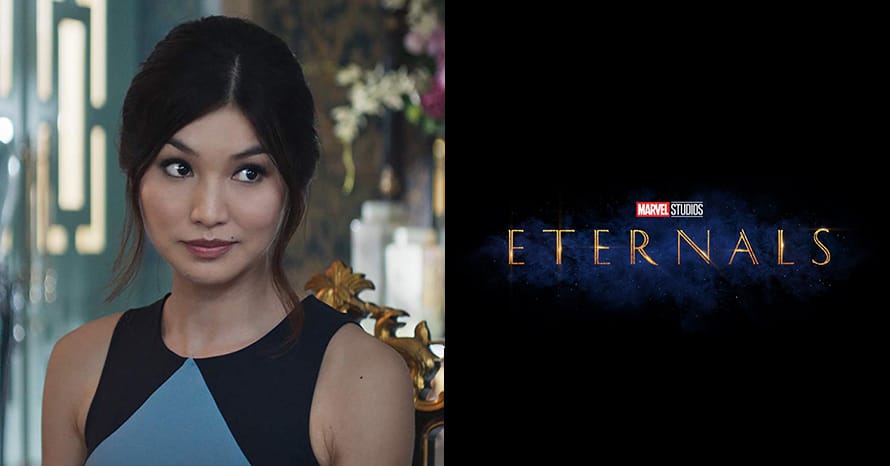 The films of the Marvel Cinematic Universe have some incredible ensembles, and Eternals is among the most impressive to date with names like Angelina Jolie, Richard Madden, Salma Hayek, Kumail Nanjiani, and Kit Harington. The upcoming film will also feature Captain Marvel star Gemma Chan as a new character in Sersi.

Despite Gemma Chan being a late addition to the film’s cast, as far as announcements are concerned, many have pointed to her being the film’s main character. While it sounds like Eternals will still be an ensemble piece like the Avengers films, Kevin Feige told Variety Sersi will be the lead of Chloe Zhao’s Marvel Studios picture:

“If there was a lead in this ensemble, it is Sersi, it is Gemma Chan.”

What are your thoughts on Gemma Chan leading the Eternals cast? Sound-off in the comments section below!

Marvel Studios’ The Eternals features an exciting new team of Super Heroes in the Marvel Cinematic Universe, ancient aliens who have been living on Earth in secret for thousands of years. Following the events of Avengers: Endgame, an unexpected tragedy forces them out of the shadows to reunite against mankind’s most ancient enemy, The Deviants.

Eternals is set to hit theaters on November 5, 2021. Stay tuned for the latest news on the Marvel Cinematic Universe, and subscribe to our YouTube channel for more video content in the future!