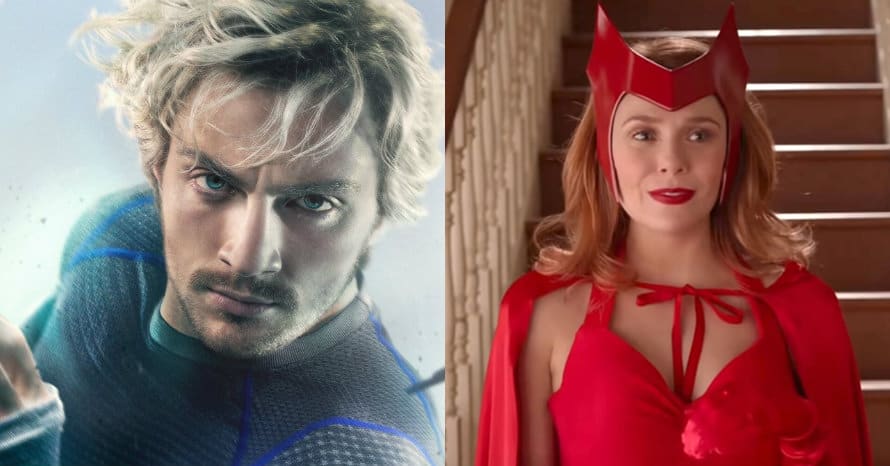 With just two episodes left of Marvel Studios’ WandaVision, Kevin Feige recently spoke about the series during Disney+’s TCA Press Tour panel, revealing that at one point the producers considered bringing Aaron Taylor-Johnson back as Quicksilver instead of Evan Peters. As fans likely already know, Peters played the speedster in the Fox X-Men movies, which is why that reveal was so shocking.

“Well, there are discussions on everything, at one point or another. That’s one of the fun things about developing these things or blue-skying it in the rooms.”

Kevin Feige opened up more about Marvel Studios’ development process, explaining that those moments at the start of an idea is his favorite moment of a project, alongside its release to the world of course. Although it doesn’t sound like he’s planning on making a second season of the Elizabeth Olsen show. But he also pointed out that the Quicksilver reveal with Evan Peters was planned very early on in planning WandaVision.

“My favorite part of the process is always the very, very beginning when we’re figuring out what something could be and at the very, very end when we’re refining it and putting it out into the world. So there were all sorts of discussions, but I believe we ended up going with what you saw relatively early on in the development process.”

What do you make of Kevin Feige’s comments about Aaron Taylor-Johnson’s Quicksilver and WandaVision? Are you excited to see how the series wraps up? Sound-off in the comments below!

WandaVision premieres on Disney Plus every Friday. Keep following along to stay up to date on all of the latest surrounding the Marvel Cinematic Universe, and subscribe to our YouTube channel for more content!