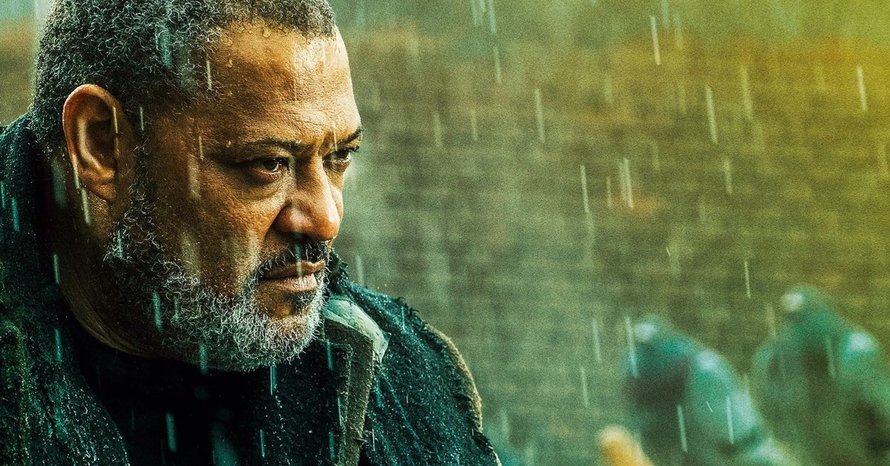 Laurence Fishburne has confirmed that he will be returning as The Bowery King in John Wick 4.

It was practically a given considered where John Wick 3 left off, but The Matrix‘s Laurence Fishburne has confirmed that he’s not done with the John Wick franchise just yet. Starring as The Bowery King in the contemporary action franchise, Fishburne’s role in the franchise has always been minimal, mostly cameos at best. Fishburne began starring as the underground leader in John Wick 2, but the events at the end of John Wick 3 make us think the actor will have a meatier role in the upcoming fourth film.

Speaking with Collider to promote his upcoming film The Ice Road, Fishburne discussed how he’s returning to the John Wick franchise and when he’ll begin filming.

“I should be going to Berlin within another couple of months or so, I read the script. It’s really, really cool. As much as it’s the same world as the other three films, it’s just deeper. It’s much deeper in terms of the code of the assassin. And the relationship that he has with one character in particular who I think Mr. Watanabe is playing…is really the heart and soul of it.”

Laurence Fishburne’s comments imply that Ken Watanabe, best known for his roles in Inception and Godzilla will be joining the John Wick franchise. Collider, however, believes that there’s a character in the film named Watanabe, which is who Fishburne is referring to.

Are you excited to see Laurence Fishburne return as The Bowery King?

Here is the official synopsis for the latest film in the franchise:

The next film in the franchise, John Wick 4, is currently scheduled to be released on May 27, 2022. Stay tuned for all the latest news on the upcoming film and be sure to subscribe to Heroic Hollywood’s YouTube channel for more exclusive video content.