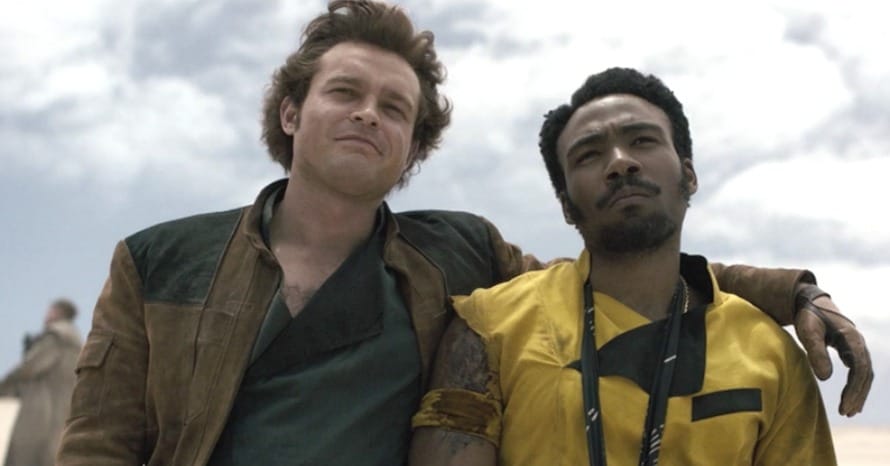 From 2015 to 2019, Lucasfilm released a brand new Star Wars film in theaters. For the first three years, it seemed like the franchise was on top of the world, with The Force Awakens, Rogue One, and The Last Jedi all grossing well over $1 billion each. However, that streak took a massive plunge when Solo first premiered, becoming the first film in the franchise to become a box office bomb. Some fans have remained vocally critical of how Kathleen Kennedy has steered the ship at the company that George Lucas appointed her to lead.

In new comments made to Vanity Fair, Kathleen Kennedy reflected on the re-casting that was made for Solo: A Star Wars Story, which famously put actors Alden Ehrenreich and Donald Glover in the roles of Harrison Ford’s Han Solo and Billy Dee Williams’ Lando Calrissian respectively. Although the film severely underperformed at the box office, critics and audiences were mostly positive to the actors’ performances. However, Kennedy has now stated that she considers re-casting iconic roles to be a mistake, and hints that Lucasfilm will no longer do that in the future:

“There should be moments along the way when you learn things. Now it does seem so abundantly clear that we can’t do that.”

Kathleen Kennedy remains the President at Lucasfilm, so it’s safe to say that whatever she says seems to be the direction that the company is taking for Star Wars. However, it seems that she is learning the wrong lessons from Solo, and is opting for the deepfake-style recreations seen in Rogue One and most recently, in both The Mandalorian and The Book of Boba Fett or their recreation of Luke Skywalker.

The Lucasfilm president’s comments are interesting to hear, given that the next series, Obi-Wan Kenobi, features one of the most-iconic characters in the Star Wars franchise, portrayed by another actor in Ewan McGregor. Of course, this was a casting made by George Lucas when he wrote and directed the Prequel Trilogy, but if Lucas wasn’t afraid to cast a young version of Kenobi, than casting actors like Alden Ehrenreich and Donald Glover as Han Solo and Lando Calrissian respectively shouldn’t be seen as an issue.

Ultimately, no matter how good the bells and whistles are in bringing the original, younger likeness of beloved characters created in the late 1970’s and early 1980’s back to life, nothing beats the *real* performances that an actor can give. It’s a risk to follow in the footsteps of icons, but if Ewan McGregor was able to do so, than so can anyone else. Besides, Alden Ehrenreich and Donald Glover were both quite solid, and managed to make their respective roles in Solo: A Star Wars Story their own. At the end of the day, Lucasfilm shouldn’t be afraid to take such risks with casting.

The entire Star Wars franchise is available to stream on Disney Plus. Stay tuned for all the latest news on Lucasfilm, Kathleen Kennedy, and the galaxy far, far away, and be sure to subscribe to our YouTube channel for more original video content.