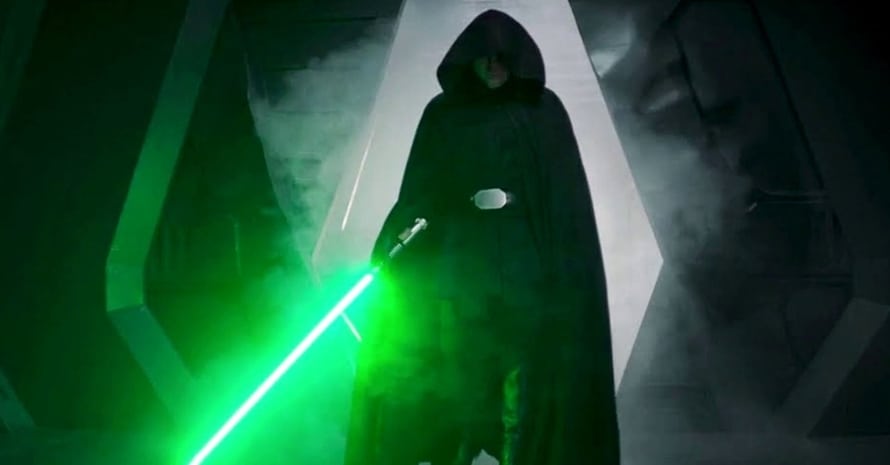 A brand new episode of Disney Gallery: The Mandalorian spent a considerable amount of time discussing how Mark Hamill reprised his role as Luke Skywalker for the series. It was a moment that downright set the internet ablaze and was universally praised. The episode spent some time focusing on how Hamill was de-aged to play the post-Return of the Jedi space wizard. However, Jon Favreau, the man behind the hit Disney Plus series revealed that Hamill wasn’t actually voicing the character.

During the behind-the-scenes Disney series, Jon Favreau opened up about how Mark Hamill’s voice was de-aged thanks to a synthesizer.

“Something people didn’t realize is that his voice isn’t real. His voice, the young Luke Skywalker voice, is completely synthesized using an application called Respeecher.”

Sound editor Matthew Wood continued by adding to Jon Favreau’s comments, revealing the precise details of how Luke Skywalker’s voice was created for The Mandalorian.

“It’s a neural network you feed information into and it learns. So I had archival material from Mark in that era. We had clean recorded ADR from the original films, a book on tape he’d done from those eras, and then also Star Wars radio plays he had done back in that time. I was able to get clean recordings of that, feed it into the system, and they were able to slice it up and feed their neural network to learn this data.

It’s always great to know how the sausage is made, especially when it comes to things in productions that seem so simple and obvious to viewers. It’s quite surprising because Mark Hamill’s voice sounded downright perfect and it isn’t out of the question to expect the veteran voice actor to change his voice to fit Luke Skywalker’s original tone.