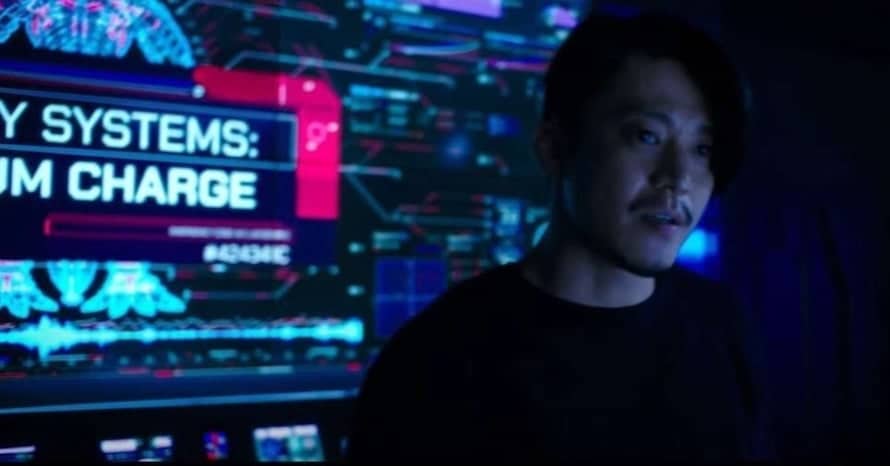 Mechagodzilla has been revealed in Godzilla Vs Kong merchandise ahead of the debut of the HBO Max movie.

After eagle-eyed fans spotted a diagram of Mechagodzilla in the background of one scene and towering over a city in another – it seems all but confirmed that the robotic monster has a presence in Godzilla Vs Kong when it arrives on HBO Max on March 26. Fans of the franchise from Legendary and Warner Bros. are excited to see the colossal beatdown after the first huge trailer for the film revealed a full look at the battle.

But thanks to a new leak on twitter showing off merchandise from Godzilla Vs Kong, we’ve finally got a full look at Mechagodzilla in the film. It seems likely Godzilla and Kong will team up after their ferocious fight to go up against something else in the film, and it seems like Mechagodzilla is the most likely candidate. The backprint for this long-sleeve shirt shows off the silver and red look for the robotic behemoth – although it’ll be interesting to see how Mechagodzilla will fare against the two main beasts. Take a look below.

Are you excited to see Mechagodzilla go up against Kong and the real Godzilla in the HBO Max movie? Who will be the definitive winner of their battle? Sound-off in the comments below!

Godzilla vs Kong is set to hit theaters and HBO Max on March 26, 2021. Stay tuned to Heroic Hollywood for the latest news on Godzilla vs Kong and the other 2021 films coming to HBO Max as we learn it. You can also subscribe to our YouTube channel for more content!