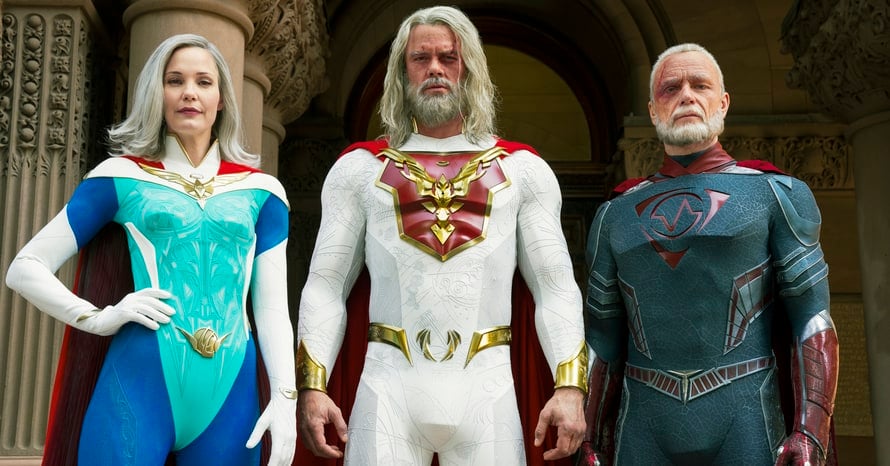 Netflix revealed they will not be moving forward with the second season of Jupiter’s Legacy but the world will continue with a Supercrooks live-action series.

Jupiter’s Legacy was the latest superhero show to hit the streaming service waves, but it now sounds like it was the beginning of the end. According to Deadline, Netflix will not be moving forward with the second season of Jupiter’s Legacy. However, the streamer will still be making more Millarworld projects after acquiring the label back in 2017 and announced they are developing a Supercrooks series.

Mark Millar shared on Twitter that he believes Jupiter’s Legacy could return in the future reimagined, but he now turns his attention to the Supercrooks series for Netflix. Supercrooks joins other Millarworld Netflix projects like American Jesus, Empress, Huck, Prodigy, Sharkey The Bounty Hunter, and The Magic Order. You can all read of Millar’s comments on the ending of the show and the announcement of the Supercrooks series below:

Some big news from us on what’s coming up next in live-action from Millarworld, peeps! pic.twitter.com/usEuwVNHei

Also, per sources, Jupiter’s Legacy cost around $200 MILLION, reshoots and everything included, so this is a sizeable loss. https://t.co/z2BkndkIaH

Are you sad to hear the show is ending after one season? Are you looking forward to Supercrooks? Sound-off in the comments section below!

Here is the synopsis for the short-lived Netflix series:

After nearly a century of keeping mankind safe, the world’s first generation of superheroes must look to their children to continue the legacy. But tensions rise as the young superheroes, hungry to prove their worth, struggle to live up to their parents’ legendary public reputations — and exacting personal standards. Based on the graphic novels by Mark Millar and Frank Quitely, Jupiter’s Legacy is an epic superhero drama that spans decades and navigates the complex dynamics of family, power, and loyalty.

Jupiter’s Legacy is available on Netflix. Stay tuned to Heroic Hollywood for the latest news on Supercrooks and the other Millarworld projects at Netflix. You can also subscribe to our YouTube channel for more content in the future!