With the imminent arrival of Zack Snyder’s Justice League the director recently shared a new shot of Ben Affleck’s Batman in the Batcave. Fans are still reeling from the dramatic full trailer for the film, which showed off the likes of Darkseid, the Joker and of course; Superman’s black suit. But the image of Batman and Alfred working on the Batmobile came with a new confirmation about the Snyder Cut.

Zack Snyder took to Vero (obviously) to reveal a moody new shot of Ben Affleck and Jeremy Irons in Justice League, showing Alfred and Batman talking over the Batmobile. The director also confirmed that a black and white version of the film is being worked on – most likely for the home release version of the film. Unfortunately, Snyder also revealed that Warner Bros. has no interest in making a sequel to the film. In the meantime, take a look at the new image of Ben Affleck’s Batman from Justice League below. 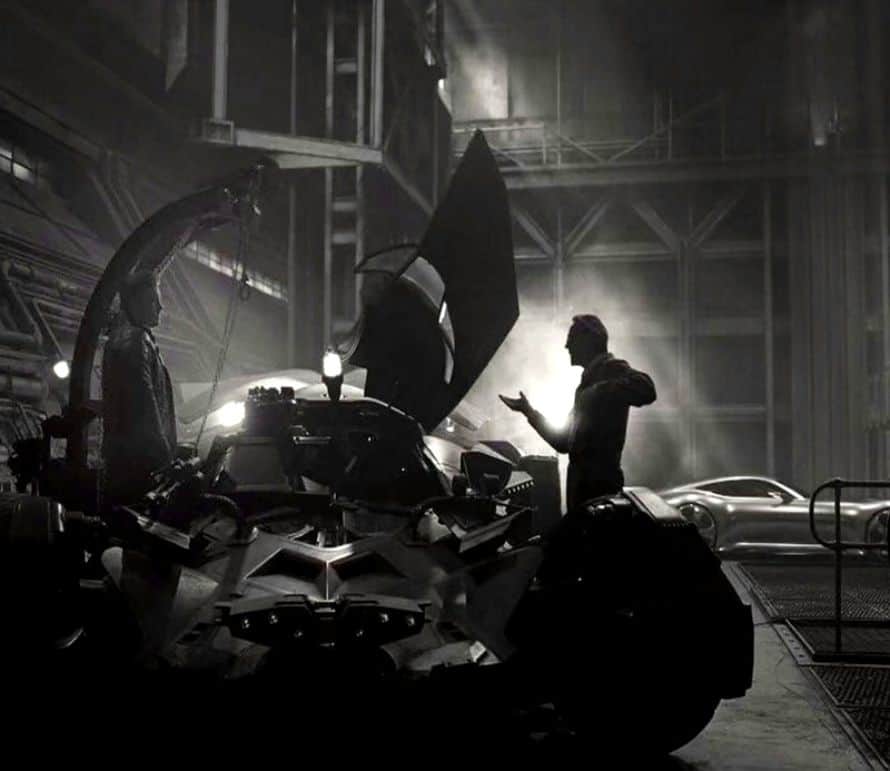 Are you excited to see more from Ben Affleck’s Batman in Justice League? What else do you think Zack Snyder has in store for the film? Sound-off in the comments below!

Zack Snyder’s Justice League cut is expected to hit WarnerMedia’s HBO Max on March 18, 2021. Stay tuned for the latest news regarding Ben Affleck’s Batman in the Zack Snyder Cut and make sure to subscribe to our YouTube channel for more content!