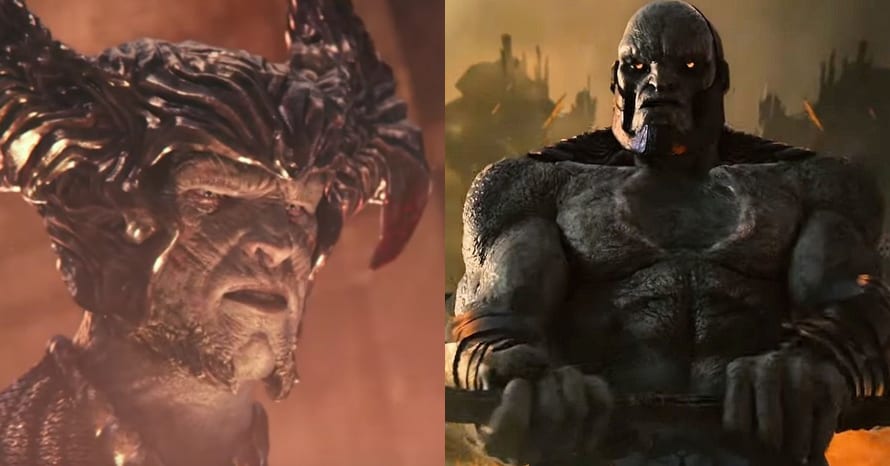 With the release of Zack Snyder’s Justice League cut edging ever closer, two new images recently surfaced online which puts the films villains in the spotlight. While fans have known for a long time what Steppenwolf was originally intended to look like, Darkseid was fully revealed when the first full teaser for the film arrived back in June last year. The new shot from Reddit reveals an intimidating look at Darkseid as the Lord of Apokolips assaults Earth.

While many criticized the theatrical version of Justice League for the generic Steppenwolf design, Zack Snyder recently confessed that this was done because his original look was “a little too intense”. And a new image offers a better look at the New God and his redesigned spiky costume. According to the Instagram page which posted the photo, it came from a toy store in the Philippines. Take a look at Darkseid and Steppenwolf in Justice League below.

What do you make of the new Steppenwolf and Darkseid images? Are you excited to see the pair of villains in the Zack Snyder film? What else do you want to see in the HBO Max release? Sound-off in the comments below!

Zack Snyder’s Justice League Cut is set to hit HBO Max in March 2021. Stay tuned for the latest news regarding Darkseid, Steppenwolf and the future of the DC Extended Universe, and make sure to subscribe to our YouTube channel for more content!