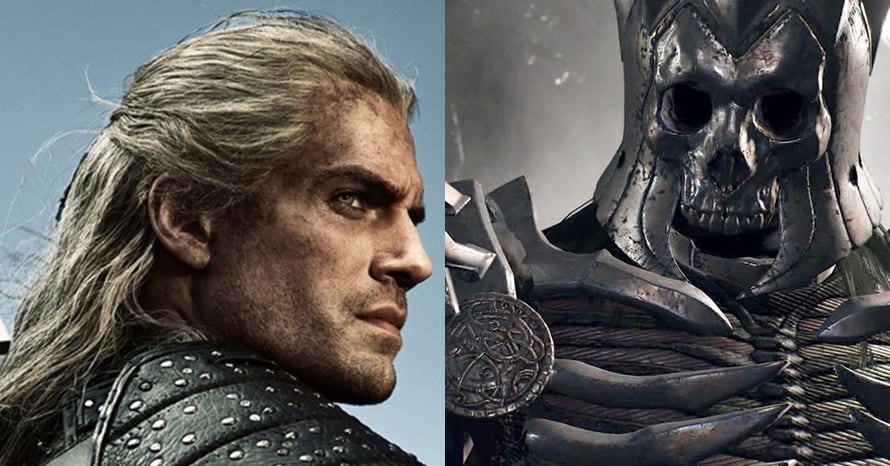 Recent set photos from Henry Cavill’s The Witcher revealed that the Wild Hunt is coming to the upcoming Netflix series.

While the first season of The Witcher ended with Henry Cavill’s Geralt finding Ciri after her momentous journey across the Continent, it seems like he’ll have a much more difficult job protecting her from a new set of villains who are seemingly heading to the show for the second season. Previous set photos saw Ciri actress Freya Allan in a practical costume practicing at Kaer Morhen (a castle that houses the witchers of the School of the Wolf) so she’ll likely have some fighting of her own to do. But the most recent batch of pictures tease the arrival of the Wild Hunt, a group of elves from another world.

Their sole purpose is to pillage other worlds to capture slaves for the Alder people, and they take aim at Ciri because of her Elder blood. Invaders from other worlds seems like a bit of an escalation from the first season, but it’ll be interesting to see how Henry Cavill’s Geralt deals with their threat. The photos from The Witcher fansite, Redanian Intelligence, show the ethereal horse riders filming on a beach in the U.K. Take a look below.

Photo: #TheWitcher may be introducing the Wild Hunt in Season 2https://t.co/I0jmOd4vB1

Here is the official synopsis for the first season of Netflix’s The Witcher:

Based on the best-selling fantasy series, The Witcher is an epic tale of fate and family. Geralt of Rivia, a solitary monster hunter, struggles to find his place in a world where people often prove more wicked than beasts. But when destiny hurtles him toward a powerful sorceress, and a young princess with a dangerous secret, the three must learn to navigate the increasingly volatile Continent together.

The Witcher stars Henry Cavill as Geralt of Rivia, Freya Allan as Ciri, Anya Chalotra as Yennefer, Jodhi May as Queen Calanthe, Bjorn Hlynur Haraldsson as Eist, Adam Levy as Mousesack, MyAnna Buring as Aretuza, and Millie Brady as Princess Renfri, with Mimi Ndiweni and Therica Wilson-Read as novice sorcerers.

The Witcher season one is now available on Netflix. Stay tuned to Heroic Hollywood for all the latest news surrounding the Wild Hunt in the upcoming Henry Cavill series and make sure to subscribe to our YouTube channel for more video content in the future!