The first official look at The Suicide Squad spin-off series Peacemaker has been released.

James Gunn’s take on the foul-mouthed and violent DC team The Suicide Squad is set to hit theatres and HBO Max next month. Set to introduce a dozen new characters alongside old favorites like Rick Flag and Harley Quinn, The Suicide Squad is set to be one of the most exciting films in the DC Extended Universe just by virtue of how many characters it’ll have. The film is also set to launch a solo Peacemaker series for HBO Max, making it the first show set in the DCEU.

The Peacemaker series stars John Cena in the titular role. Set to be an origin story of sorts for The Suicide Squad character, the series is both written and directed by James Gunn. Currently expected to debut in January 2022, the first official look at the series has been revealed thanks to Empire. In the photo, Cena is seen in his bloodied Peacemaker suit as he receives direction from Gunn. Details are slim on the series, though more should come out as we familiarize ourselves with Gunn’s The Suicide Squad later this year. 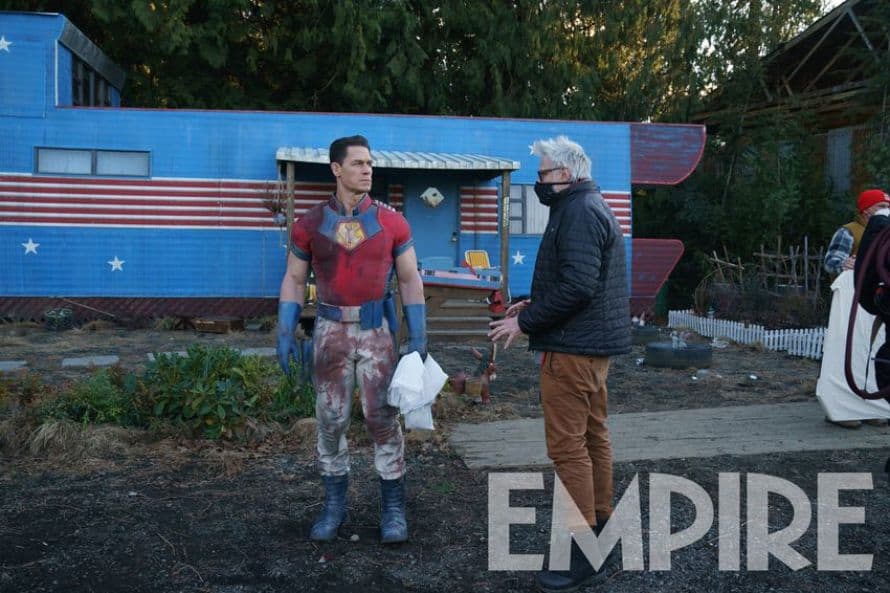 Are you excited to see John Cena in the Peacemaker series? Comment below and let us know!

You can check out the synopsis for Margot Robbie’s The Suicide Squad below:

The Suicide Squad is currently scheduled to hit theaters and HBO Max on August 6, 2021. Stay tuned for all the latest news on The Suicide Squad, Margot Robbie’s Harley Quinn, and be sure to subscribe to Heroic Hollywood’s YouTube channel for more original video content.