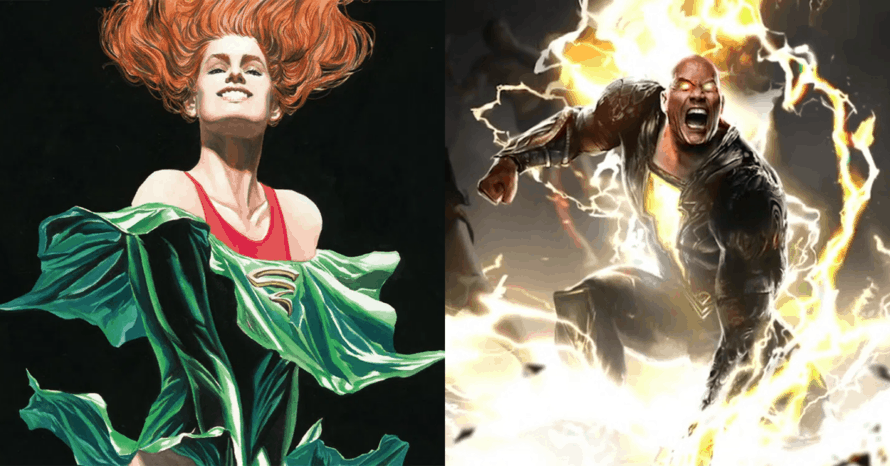 Quintessa Swindell has been cast as Cyclone for the Dwayne Johnson-led Black Adam film.

The cast of Black Adam has just expanded. According to The Hollywood Reporter, Trinkets star Quintessa Swindell has been cast as Justice Society of American hero, Cyclone. Swindell has joined the already stacked cast that features Noah Centineo, Aldis Hodge, Sarah Shahi and Dwayne Johnson.

What do you think about Quintessa Swindell being cast as Cyclone? Are you excited to see Dwayne Johnson in Black Adam? Share your thoughts in the comments section below!

Jaume Collet-Serra is directing Black Adam from a script written by Adam Sztykiel. The Dwayne Johnson movie is expected to introduce Hawkman, Doctor Fate and the Justice Society of America to the DC Extended Universe. New Line and DC’s Shazam! was originally going to feature Black Adam before the decision was made to give the character his own standalone film.

In the meantime, fans can still re-watch the original Shazam! film on all home media formats:

Shazam! is now available on Digital HD, 4K Ultra HD, Blu-ray, and DVD. Black Adam is currently scheduled to hit theaters on December 22, 2021. Stay tuned for all the latest news on Black Adam and Aldis Hodge’s Hawkman and be sure to subscribe to Heroic Hollywood’s YouTube channel for more original video content.