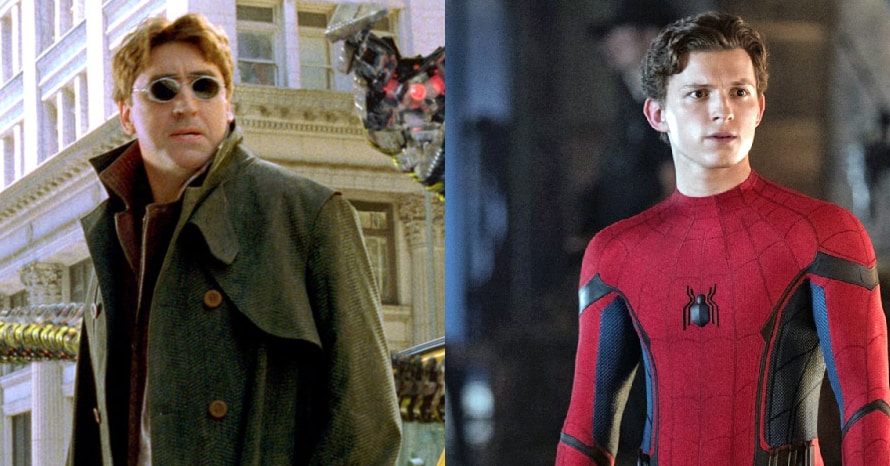 There’s still several months to go until Tom Holland’s Spider-Man: No Way Home arrives in theaters, but with all the discussions surrounding a potential return from Tobey Maguire and Andrew Garfield, it can’t come soon enough. Recent comments from Garfield have thrown fans all over the place as he first denied any involvement in the Tom Holland sequel, before later stating “never say never”… However, there’s one star we know is definitely making a return, and that’s Doctor Octopus actor Alfred Molina.

Alfred Molina explained in April that he’s playing the same version of Doctor Octopus in Spider-Man: No Way Home, with many fans wondering if he’ll be good in the sequel, since he had seen the error of his ways before his untimely demise at the end of Sam Raimi’s Spider-Man 2. But new fan art from ‘venomhology’ shows off what Alfred Molina could look like in his return to the role, even attacking Tom Holland’s Wall-Crawler in the reflection of his goggles. Take a look below.

What do you make of the Alfred Molina design? Are you excited to see the star return to the Doctor Octopus role for Spider-Man: No Way Home? Sound-off in the comments below!

Spider-Man: Far From Home is now available on Digital HD, 4K Ultra HD Blu-ray, Blu-Ray, and DVD. Stay tuned for all the latest news regarding Alfred Molina and the Marvel Cinematic Universe, and be sure to subscribe to Heroic Hollywood’s YouTube channel for more content.