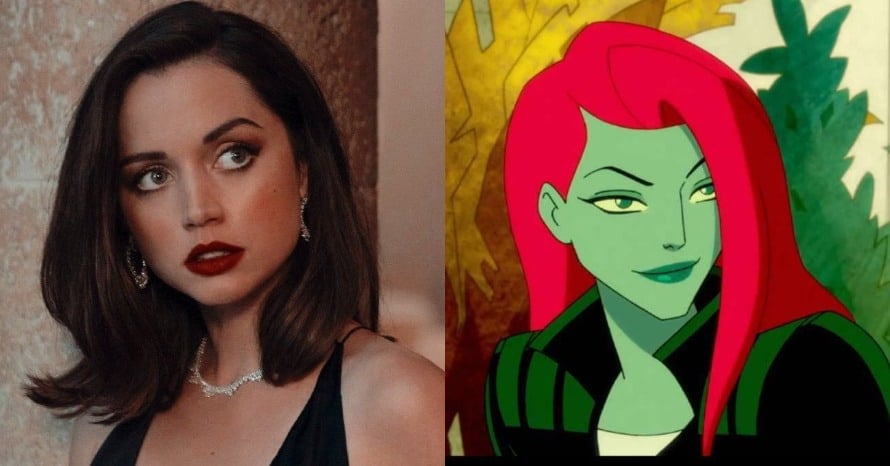 Poison Ivy is one of the numerous villains in the Batman’s Rogues Gallery that many fans have been eager to see return in live-action form. The last time we saw Poison Ivy in a movie was when Uma Thurman portrayed the character in 1997 in the infamous Batman and Robin. Although her portrayal was reviled by critics and fans alike, Poison Ivy remained a fan-favorite villain in the comics and in animated films/series. Most recently, a version of Poison Ivy is seen in HBO Max’s Harley Quinn animated series voiced by Lake Bell.

In regards to a big screen future for the character, one of the most popular choices among fans to bring Poison Ivy to life is actress Ana de Armas. Known for her roles in films such as Blade Runner 2049, Knives Out and the upcoming James Bond film No Time to Die, Ana de Armas has become one of the most exciting actresses of her generation, and beyond Poison Ivy, she is often considered for other comic book characters such as Catwoman (who will be played by Zoe Kravitz) among others.

In this artwork from Instagram user @ryans.reviews, we see a take on Poison Ivy that could potentially thrive in Robert Pattinson’s The Batman universe. You can see how Ana de Armas could look like as Poison Ivy down below:

Would you like to see Ana de Armas as Poison Ivy alongside the likes of Zoe Kravitz as Catwoman, Paul Dano as the Riddler, and Colin Farrell as the Penguin? Sound off in the comments below.

The plot of The Batman is being kept under wraps, but we know the film will follow Robert Pattinson as a younger version of Bruce Wayne, chronicling Batman during his second year as the Dark Knight of Gotham City. The film will also show off the hero using his skills as a detective more than what we’ve seen before in previous versions of the hero. It is also expected to be the first installment in a new trilogy of films with Pattinson.

The Batman is currently scheduled to hit theaters on March 4, 2022.