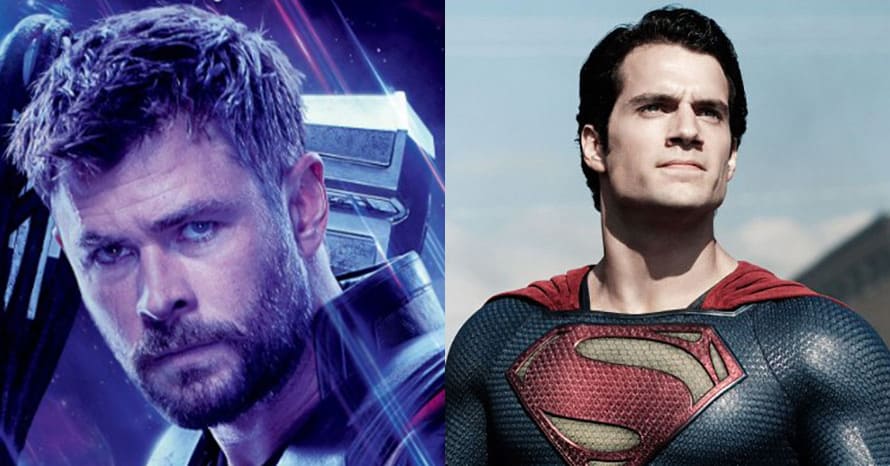 Although audiences are used to seeing Chris Hemsworth wield Mjolnir and Stormbreaker as Thor in the Avengers movies, a new piece of fan art sees the star replacing Henry Cavill as the DC Extended Universe’s Superman. Hemsworth will next be seen alongside stars like Natalie Portman and Christian Bale in Thor: Love and Thunder, which he’s currently training for. It seems highly unlikely that he’d leave the Marvel Cinematic Universe anytime soon, but he incredible cool as the Man of Steel.

The Superman concept comes from digital artist ‘ApexForm’ on Instagram and puts Avengers star Chris Hemsworth in the suit fans have seen Henry Cavill wear in the DCEU. He’s also given the typical Clark Kent hairstyle alongside the slight curl in his fringe. Hemsworth definitely looks the part, although it would be a huge step away from his typical performance as the God of Thunder. It’s still not clear when we’ll next see Henry Cavill as the DC Comics hero, especially after he opened up about the rumors earlier this year. For now, take a look at Hemsworth as Superman below.

Would you like to see Chris Hemsworth leave the Avengers behind to replace Henry Cavill as Superman? Who else would you cast in the role? Let us know in the comments section!

Chris Hemsworth’s Thor was last seen in Avengers: Endgame. Here’s the official synopsis for the movie:

Avengers: Endgame is now available on Digital HD, 4K Ultra HD, Blu-ray, and DVD. Stay tuned for the latest news regarding Chris Hemsworth and Henry Cavill’s future as Superman and the future of the Marvel Cinematic Universe, and make sure to subscribe to our YouTube channel for more content!