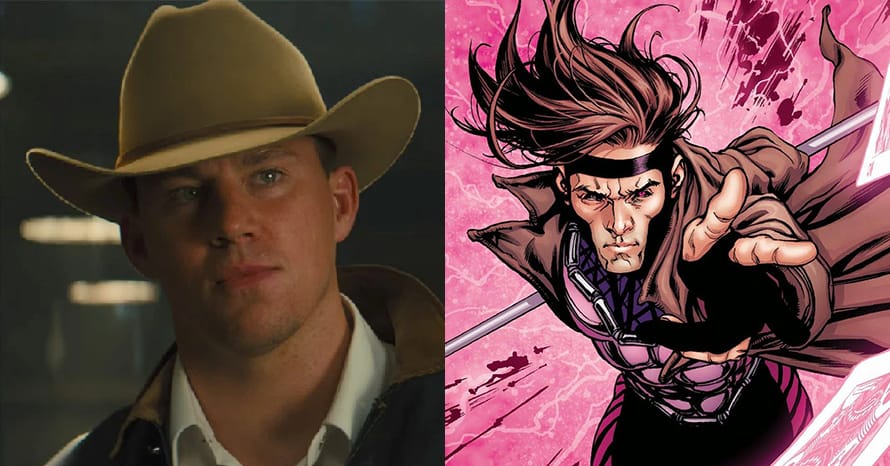 Channing Tatum suits up as the iconic X-Men character Gambit in a new concept design.

It’s only a matter of time and patience for X-Men fans until mutants are fully introduced into the Marvel Cinematic Universe, but this concept design reveals what Channing Tatum’s Gambit could look like in live-action. The star has been trying to get Gambit’s solo movie off the ground for years, but unfortunately it never materialized, with director Doug Liman even saying it’ll never get made.

The fan art from digital artist ‘savagecomics’ on Instagram not only gives Channing Tatum Gambit’s iconic staff and his bio-kinetic charging ability, but also sees the actor wearing the hero’s face mask. Admittedly, it’s a good look for the Kingsman and 21 Jump Street star but it seems like unlikely he’ll ever actually get to play Gambit on the big screen. Although in recent news, Kevin Feige did say the X-Men discussions are ongoing at Marvel Studios, so who knows?  You can see Channing Tatum as Gambit below.

What do you make of the Gambit design? Would yo like to see Channing Tatum play Gambit in a future X-Men movie in the MCU? Sound-off in the comments section!

Aside from The New Mutants, which is a total standalone, the final Fox-produced X-Men movie that was part of the shared universe was Dark Phoenix. That movie’s premise is as follows:

This is the story of one of the X-Men’s most beloved characters, Jean Grey, as she evolves into the iconic Dark Phoenix. During a life-threatening rescue mission in space, Jean is hit by a cosmic force that transforms her into one of the most powerful mutants of all. Wrestling with this increasingly unstable power as well as her own personal demons, Jean spirals out of control, tearing the X-Men family apart and threatening to destroy the very fabric of our planet. The film is the most intense and emotional X-Men movie ever made. It is the culmination of 20 years of X-Men movies, as the family of mutants that we’ve come to know and love must face their most devastating enemy yet — one of their own.

Dark Phoenix is now available on Digital HD, 4k Ultra HD, Blu-ray, and DVD. Stay tuned to Heroic Hollywood for all the latest developments regarding Channing Tatum, Gambit and the rest of the Marvel Cinematic Universe, and make sure to subscribe to our YouTube channel for more content!