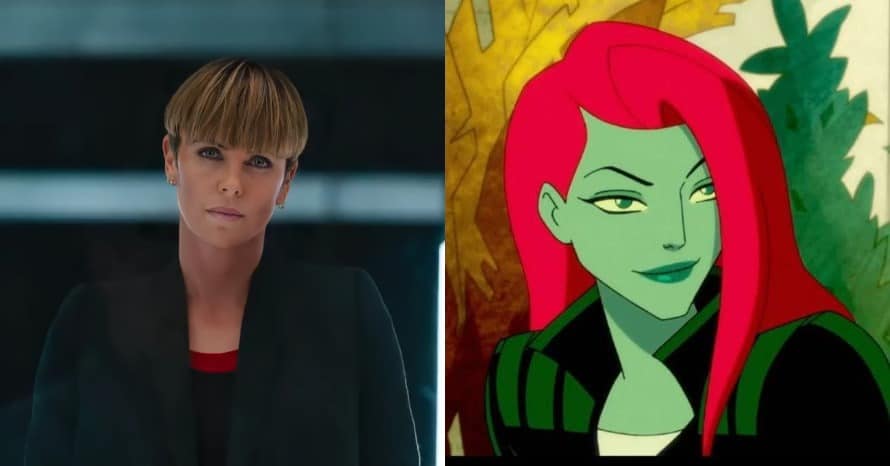 The character of Poison Ivy has had a bit of a bumpy road on the big screen. The last time she was brought to life in live-action form was in Joel Schumacher’s infamous Batman and Robin. Academy Award-nominated actress Uma Thurman portrayed the character in a performance that was reviled by critics and audiences alike.

Although the character has yet to return to the big screen in live-action form, Poison Ivy remains beloved amongst fans of the comics and animated films/series. Most recently, actress Lake Bell started voicing a version of the character in HBO Max’s Harley Quinn animated series.

It remains unknown if we will be seeing Poison Ivy come to life in live-action form anytime soon, but fans are interested in seeing a new actress portray her. Charlize Theron, an acclaimed Academy Award-winning actress of numerous genre films such as Mad Max: Fury Road, Atomic Blonde, The Fate of the Furious and The Old Guard among other movies, is often a candidate in fan-casting for comic book roles, and Poison Ivy is no different.

In this concept design from artist Jaxson Derr, Charlize Theron is imagined as Poison Ivy as portrayed in the universe of Robert Pattinson’s The Batman. The highly-anticipated film looks to bring the Caped Crusader to a more grounded approach from the recent DCEU portrayal, and it’s interesting to see how Charlize Theron could potentially be portrayed as Poison Ivy based on this design, given the character’s ties to the supernatural.

You can check out this design of Charlize Theron as Poison Ivy down below:

Would you like to see Charlize Theron as Poison Ivy in the universe of Robert Pattinson’s The Batman? Sound off in the comments below.

The plot of The Batman is being kept under wraps, but we know the film will follow Robert Pattinson as a younger version of Bruce Wayne, chronicling Batman during his second year as the Dark Knight of Gotham City. The film will also show off the hero using his skills as a detective more than what we’ve seen before in previous versions of the hero. It is also expected to be the first installment in a new trilogy of films with Pattinson.

The Batman is currently scheduled to hit theaters on March 4, 2022.