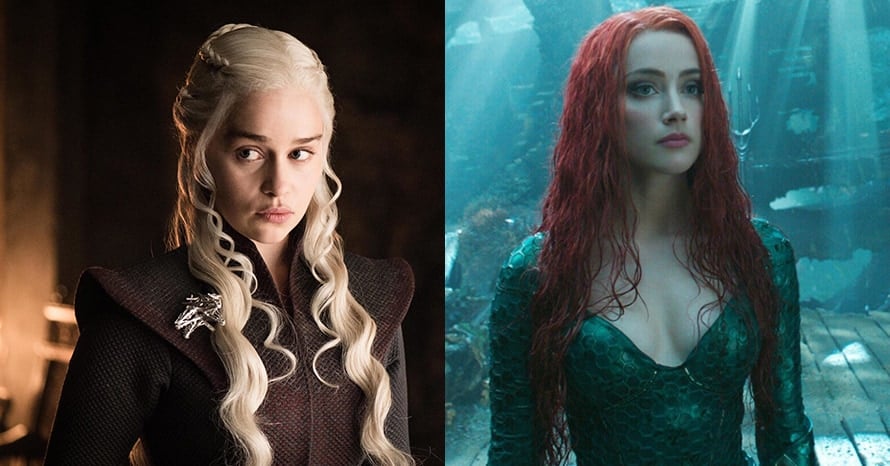 Game of Thrones star Emilia Clarke leaves her Targaryen role behind as a new image sees her replace Amber Heard as Mera in Aquaman 2.

After all the controversy involving Amber Heard and Johnny Depp in the last few years, it’s unsurprising that many audiences have called for the Aquaman star to step down from reprising her role as Mera in the upcoming sequel, much like Depp’s exit from Fantastic Beasts. However, since this version of Mera goes hand-in-hand with Jason Momoa’s Arthur Curry, it would be disappointing to see the character leave Aquaman 2. One actress who’s constantly suggested as Heard’s replacement for the role is none other than Daenerys Targaryen herself, Emilia Clarke.

A new design from ‘jph_photoshop’ on Instagram sees Emilia Clarke swap out her white Targaryen hair for Mera’s vibrant red look. The art shows the Game of Thrones star wearing the green Atlantean costume Amber Heard wore in the first Aquaman film, adding in a wave of water for good measure. For now, Heard confirmed that’s she is still set to return in Aquaman 2. Take a look at Emilia Clarke as Mera for the DC Extended Universe below.

Would you like to see Emilia Clarke as Mera? Should Amber HEard leave Aquaman 2 following the Johnny Depp

Aquaman is available on Digital HD, 4K UHD Combo Pack, Blu-ray Combo Pack, and DVD. Stay tuned for the latest news regarding Emilia Clarke and Amber Heard, and be sure to subscribe to Heroic Hollywood’s YouTube channel for more exciting content!