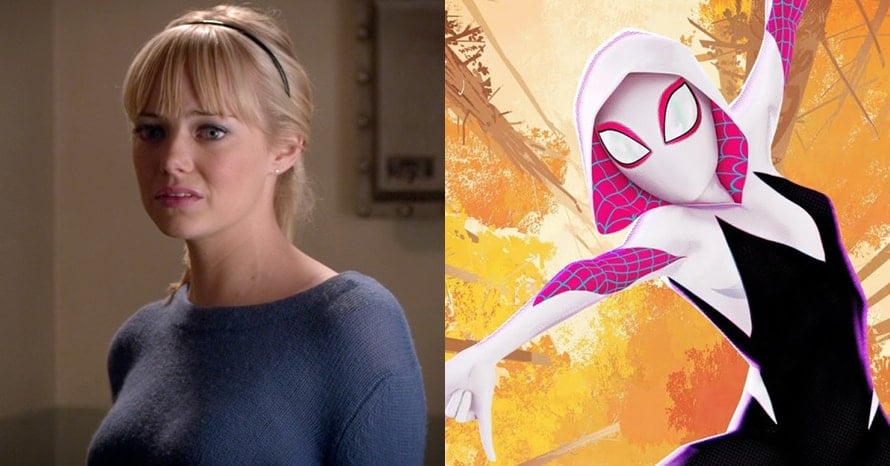 Emma Stone suits up as Spider-Gwen in this incredible new fan art for Tom Holland’s Spider-Man: No Way Home.

With the Marvel Cinematic Universe seemingly heading on a crash course with the multiverse through the upcoming Doctor Strange sequel and the Sorcerer Supreme’s role in Tom Holland’s Spider-Man: No Way Home, most fans are expecting to see alternate Spider-Men in the upcoming sequel. But a true curveball would be if we saw Emma Stone suiting up as Spider-Gwen, a Gwen Stacy from a different Earth. Audiences have already met the character thanks to the critically acclaimed Into the Spider-Verse, so it’s not like it would be a radical notion to introduce.

A concept design from Instagram user ‘artoftimetravel’ pictures Emma Stone’s Gwen Stacy stepping into a Marvel Cinematic Universe-inspired Spider-Gwen costume, with details in the impressive suit which match Tom Holland’s Spider-Man outfit. It would certainly be a wild surprise if Stone was to suit up alongside Andrew Garfield’s Spider-Man if he also returns based on recent rumors and reports. Take a look at the Emma Stone design below.

Do you want to see Emma Stone as Spider-Gwen in Spider-Man: No Way Home? What else do you think is in store for the Tom Holland sequel? Do you want Emma Stone and Andrew Garfield to team up in the film? Let us know in the comments!

Spider-Man: Far From Home is now available on Digital HD, 4K Ultra HD Blu-ray, Blu-Ray, and DVD. Stay tuned for all the latest news regarding Emma Stone, Spider-Gwen and the Marvel Cinematic Universe, and be sure to subscribe to Heroic Hollywood’s YouTube channel for more content.