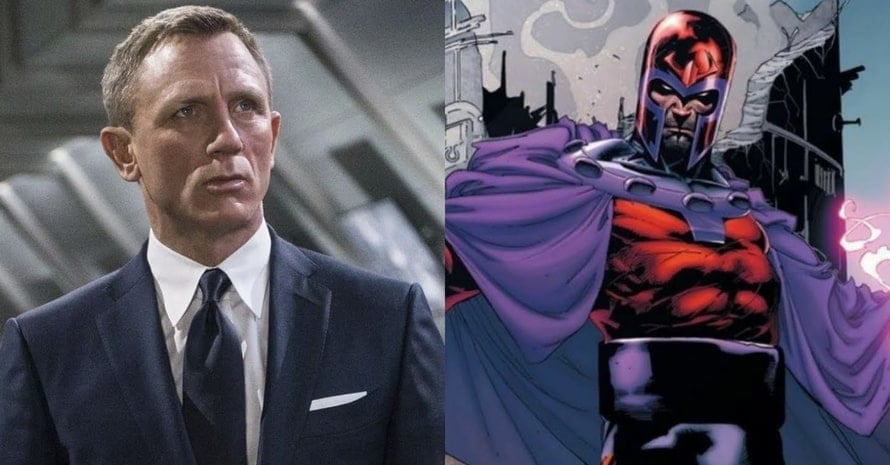 Marvel Studios is about to kick-off Phase 4 with WandaVision early next year and it’s speculated that Scarlet Witch will finally be referred to as a mutant in the Disney Plus series. Now that Marvel Studios has the rights to the X-Men, it’s expected that we will slowly see them plant the seeds for their take on the mutants. With the X-Men franchise being rebooted for the first time, many are also speculating on who could take on the roles of Wolverine, Professor X, and Magneto. One fancast that appears to be emerging as a popular choice is James Bond actor Daniel Craig as Magneto.

Daniel Craig is about to wrap up his tenure as James Bond in No Time to Die, so the actor might find himself in another tentpole franchise. If Craig were to play Magneto, he would be joining some legendary company with Ian McKellen and Michael Fassbender, with the latter giving off major James Bond vibes in X-Men: First Class. On Instagram, a new piece of concept design from digital artist SPDRMNKYXXVIII makes a pretty convincing case for Craig as the next Magneto for the inevitable X-Men reboot from Marvel Studios:

Can you picture Daniel Craig as Magneto? If not, who is your top choice to play the X-Men villain? Share your fancasting in the comments below!

No Time To Die is now scheduled to hit U.S. theaters on April 2, 2021. Stay tuned to Heroic Hollywood for all the latest news surrounding Daniel Craig’s James Bond, the future of the X-Men franchise, and make sure to subscribe to our YouTube channel for more video content in the future!