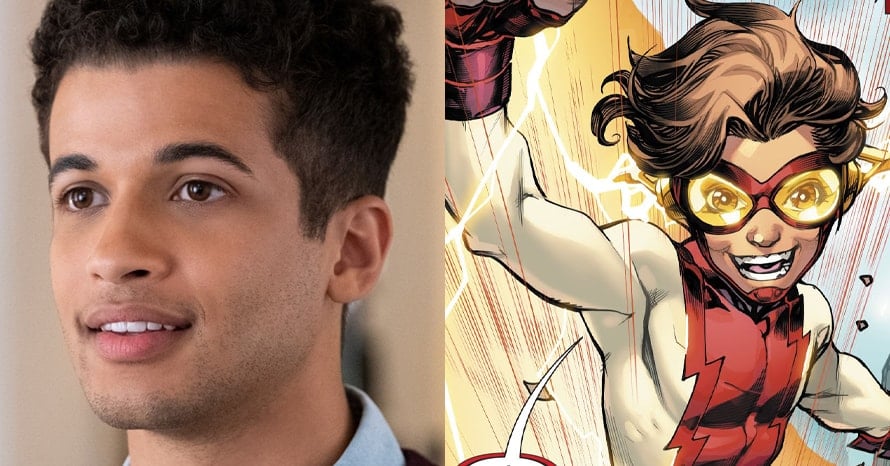 A new design pictures Jordan Fisher as Bart Allen on Grant Gustin’s The Flash series, complete with his Impulse costume.

Grant Gustin’s The Flash is no stranger to introducing the Scarlet Speedster’s children to the Arrowverse as we recently got plenty from Nora West-Allen (also known as XS) who was born with Barry’s abilities. But the series will soon introduce Jordan Fisher as Bart Allen, A.K.A. Impulse to Team Flash. The twist here being he won’t be Barry’s grandson as he is in the original comics, instead Bart will be Barry and Iris’ son.

And with that news came a thousand fans questioning about what Bart Allen’s Arrowverse costume would look like in live-action… This fan art from ‘britedit’ on Instagram puts Jordan Fisher in a suit which looks like a combination of the Kid Flash costume combined with the typical suit worn by Grant Gustin’s speedster. Bart Allen’s suit in the source material is typically red and white, or very pale yellow depending on the artist. So it’ll be interesting to see if the series adapts it perfectly or if it throws its own spin on the idea. Take a look at the design of Jordan Fisher as Bart Allen for The Flash below.

What do you make of the Jordan Fisher Bart Allen design for Grant Gustin’s The Flash? Are you excited to see Jordan Fisher join the Arrowverse? Sound-off in the comments below!