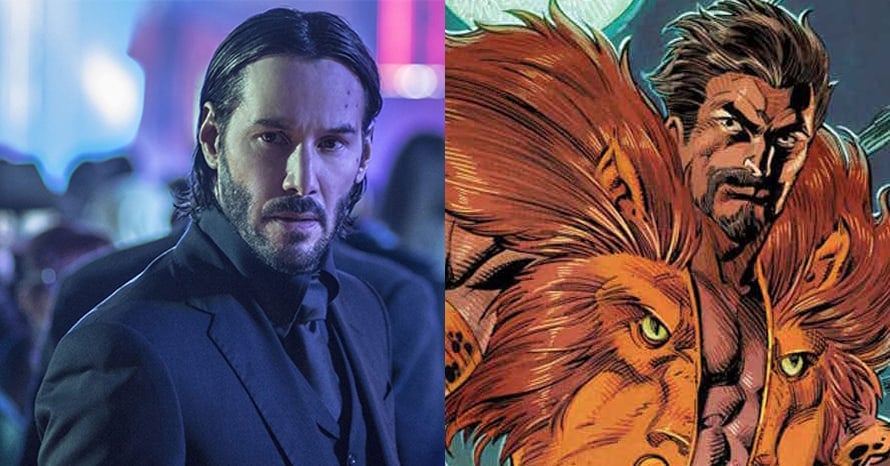 Although news arrived online recently that Keanu Reeves had passed up on the offer to play Kraven the Hunter for Sony’s Spider-Man spin-off, fans are still keen to see the John Wick star step into Sergei Kravinoff’s villainous shoes for the solo film. Sony is making full use of all the Spider-Man rights they have with films like Venom 2, Morbius and the Kraven film, which is currently still being developed.

In recent news, the official title for Tom Holland’s next outing as the Wall-Crawler was revealed to be Spider-Man: No Way Home, and thanks to the villains seemingly involved so far (Electro and Doctor Octopus) it isn’t impossible that the film could introduce Kraven the Hunter ahead of his solo film. The new fan design from ‘houseofmat’ puts Keanu Reeves in that role, picturing him as a vastly different version of the character with a bald head, a huge facial scar and a realistic take on his outlandish costume. Take a look below.

Do you still want to see Keanu Reeves take on the Kraven role for the Spider-Man spin-off film? What do you want from Spider-Man: No Way Home? Sound-off in the comments below!

Spider-Man: Far From Home is now available on Digital HD, 4K Ultra HD Blu-ray, Blu-Ray, and DVD. Stay tuned for all the latest news regarding Keanu Reeves, Kraven the Hunter and the Marvel Cinematic Universe, and be sure to subscribe to Heroic Hollywood’s YouTube channel for more content.