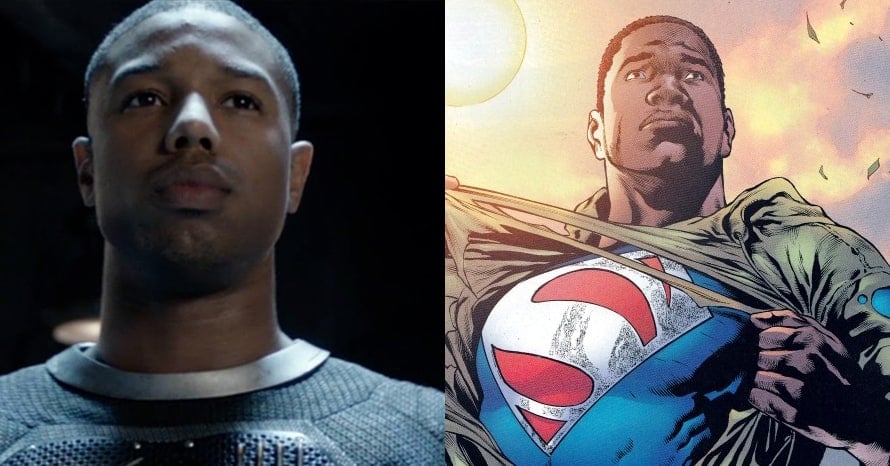 Michael B Jordan steps in to replace Henry Cavill as Superman on the big screen as a new image pictures him becoming Val-Zod.

Although fans will next see Henry Cavill’s Superman in Zack Snyder’s Justice League, rumors have swirled for quite some time over whether the star will return to the role in the future. And with the recent news that JJ Abrams and Ta-Nehisi Coates are helming a Superman reboot for Warner Bros. it doesn’t seem like Cavill will be back for to play the Man of Steel. However, reports about the reboot also suggested that the project could focus on a Black Superman instead, following Michael B Jordan’s attempts to develop the character in 2019.

For the moment it’s not clear whether Michael B Jordan is being eyed to play the Val-Zod Superman on the big screen, but a new image sees him step into a perfect costume for the role. The fan art from ‘spdrmnkyxxiii’ on Instagram gives Jordan a red, white, blue and gold design which feels like the ideal blend of Henry Cavill’s cinematic costume and Val-Zod’s suit from the comics. Take a look at Michael B Jordan in the suit below.

Would you like to see Michael B Jordan step into a Superman suit for the new reboot? Who else could play Val-Zod on the big screen? Should Henry Cavill come back to the role? Sound-off in the comments below!

Superman will next be seen in Justice League, here is the synopsis:

Zack Snyder’s Justice League cut is expected to hit WarnerMedia’s HBO Max on March 18, 2021. Stay tuned for the latest news regarding Michael B Jordan and the Superman reboot from JJ Abrams and Ta-Nehisi Coates, and make sure to subscribe to our YouTube channel for more content!