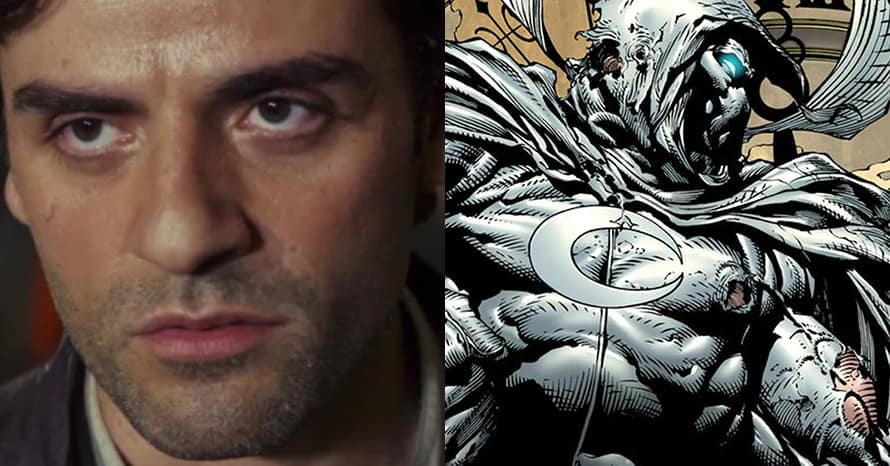 A new design for the upcoming Disney Plus series Moon Knight shows Oscar Isaac suited up and ready for action.

It’ll still be sometime before Oscar Isaac’s Moon Knight gets properly introduced to the Marvel Cinematic Universe on Disney Plus, but fans are already desperate to know which version of the hero’s costume will be brought into live-action. There’s been several iterations over the years thanks to Marc Spector’s multiple personalities, but this fan art gives him a realistic version of the classic suit for his highly-anticipated Disney Plus series.

The design comes courtesy of artist ‘ultraraw26’ on Instagram, giving Oscar Isaac an armored version of the suit which helps imagine what Moon Knight could look like in live-action. It’s almost guaranteed that he won’t be filming in plain white spandex, so perhaps an Egyptian suit of armor is a good way to go. However, we wouldn’t complain if Marvel chooses to lean into the suave Mr. Knight of it all with a three piece white suit. Either way, with Ethan Hawke playing the show’s villain, it’ll be worth the wait. You can see Oscar Isaac as Moon Knight below.

What do you want to see from Moon Knight? Which version of the hero’s costume should Oscar Isaac strap on for the Disney Plus series? Sound-off in the comments!

In the comics, Marc Spector, a.k.a. Moon Knight, was a CIA agent-turned-mercenary making millions. His wealth from being a mercenary and investments land him anywhere between $50 million to $3 billion in net worth, granting him a suave Bruce Wayne-style life. Yet during his last mercenary job in Cairo, Spector was left for dead by a former colleague.

Stay tuned to Heroic Hollywood for the latest news regarding Oscar Isaac, Moon Knight and the future of the Marvel Cinematic Universe on Disney Plus, and be sure to subscribe to our YouTube channel for more!