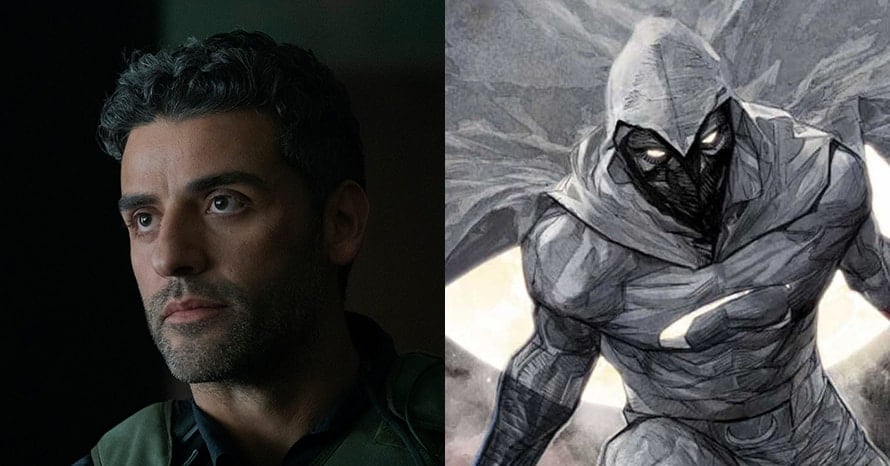 A new concept design for the upcoming Disney Plus series Moon Knight sees Oscar Isaac suited up and ready for action as Marvel’s Marc Spector.

With Marvel Studios working on bringing Moon Knight to Disney Plus, many fans are understandably wondering what kind of suit Star Wars icon Oscar Isaac will step into to play Marc Spector in the Marvel Cinematic Universe. The series will pit Isaac against Ethan Hawke, who closed a deal to appear in the show as the villain opposite Marc Spector, although it’s not yet clear who the actor will play in the MCU.

The fan art comes from Instagram user ‘britedit’ and gives Oscar Isaac’s Marc Spector a tactical looking suit for the Moon Knight series. Like most comic book heroes, the vigilante has had an array of impressive costumes over the years, from his typical all-white heroic look to a tactical Batman-like armor. He’s even worn a sharp three-piece suit as part of his Mr. Knight persona. This outfit looks like it would fit in alongside other heroes in the MCU while still sticking to Moon Knight’s classic look. You can check out the artwork of Oscar Isaac as Marc Spector below.

What do you make of this fan-made Moon Knight design? Is this the kind of suit you’re expecting in the series or do you want to see the three-piece suit version of the Marvel character? Sound-off in the comments!

In the comics, Marc Spector, a.k.a. Moon Knight, was a CIA agent-turned-mercenary making millions. His wealth from being a mercenary and investments land him anywhere between $50 million to $3 billion in net worth, granting him a suave Bruce Wayne-style life. Yet during his last mercenary job in Cairo, Spector was left for dead by a former colleague.

Stay tuned to Heroic Hollywood for the latest news regarding Oscar Isaac’s Marc Spector, Moon Knight and the future of the Marvel Cinematic Universe on Disney Plus, and be sure to subscribe to our YouTube channel for more!