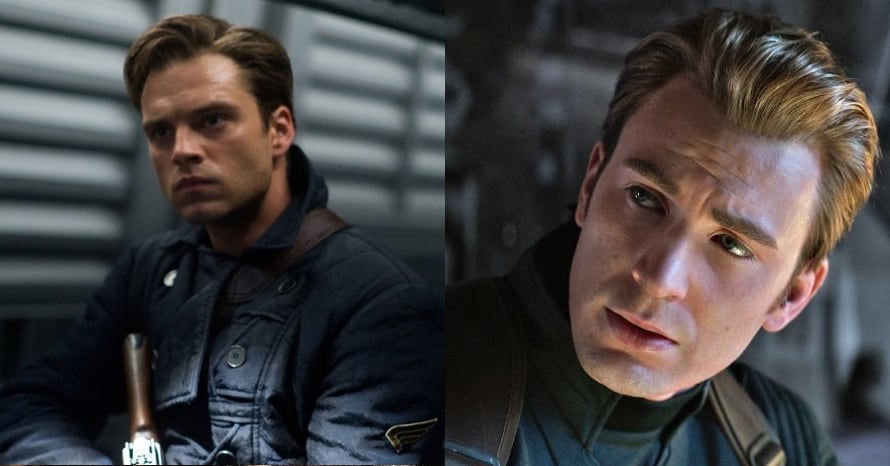 Bucky Barnes might’ve been Hydra’s assassin for decades, but that hasn’t stopped fans from wanting to see Sebastian Stan take up the mantle of Captain America to replace Chris Evans in the Marvel Cinematic Universe. Bucky has become the new Cap in the comics, wearing a sleek version of the typical red, white, and blue suit, but with Sam Wilson in the picture, it seems like Marvel Studios is bypassing that completely. To be fair, Marvel Studios has teased Bucky taking up the role before, as he’s wielded the shield in Captain America: The Winter Soldier and Civil War alongside Chris Evans.

A stunning concept design from Instagarm user ‘artoftimetravel’ puts Sebastian Stan in a new Captain America costume to replace Chris Evans, taking inspiration from Bucky’s outfit in the comics when he takes over the role. It adds a brighter blue to the uniform with a pointed design overlaid on top of the black combat suit. It’s an impressive look, but Sebastian Stan previously told Empire Magazine that Bucky isn’t in the right frame of mind to be Captain America. You can check out the artwork below.

What do you make of the Captain America suit for Sebastian Stan? Is the star a good replacement for Chris Evans? Would you like to see Bucky Barnes step take up the mantle in the MCU movies? Let us know in the comments section!

Sebastian Stan can currently be seen in the Marvel Studios series The Falcon and The Winter Soldier. Here’s the official synopsis:

The Falcon and The Winter Soldier debuts new episodes every Friday on Disney Plus. Stay tuned for the latest news regarding Sebastian Stan, Captain America, Chris Evans and the future of the Marvel Cinematic Universe, and make sure to subscribe to our YouTube channel for more content!