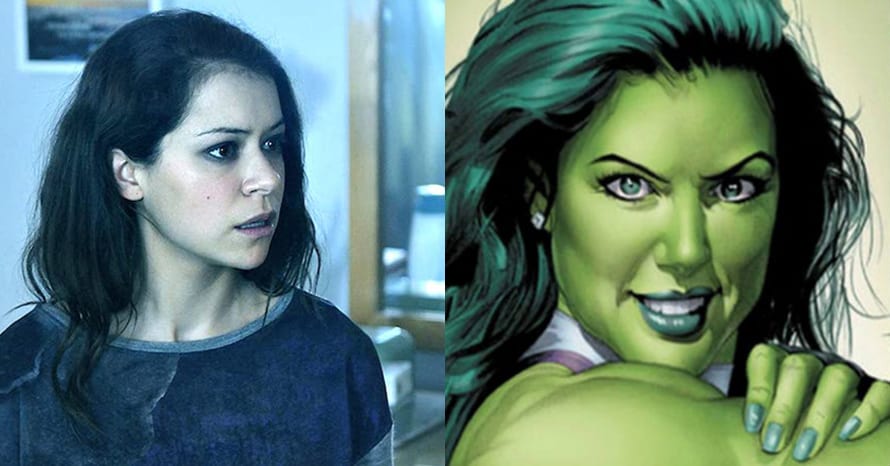 Tatiana Maslany transforms into She-Hulk in a new image showing off Jennifer Walters’ alter-ego in the upcoming Disney Plus show.

Now that Tatiana Maslany is officially confirmed to star in the She-Hulk Disney Plus series, a new image shows off what her green alter-ego could look like when it eventually debuts on the streaming service in 2022. The star originally denied being involved with the series before her role was announced by Kevin Feige at the Disney Investor Day presentation. But the new image even pictures how Tatiana Maslany’s Avengers uniform might look in live-action.

The new design from ‘valentinromeroart’ on Instagram sees Tatiana Maslany hurling a punch at the camera while dressed in her iconic costume. During the Investor presentation, Feige teased that the show could even see unexpected characters make an appearance. Since Jennifer Walters is a lawyer, many fans are already hoping to see a return from Charlie Cox as Daredevil, especially since the rights for the Man Without Fear are now back with Marvel Studios. But even if he doesn’t show up, there’s still plenty to be excited about with She-Hulk, especially since Feige also confirmed that it’ll be a half-hour legal comedy. This design also proves the character has the potential to be brilliant in the Marvel Cinematic Universe, take a look below.

Are you hoping to see Tatiana Maslany wear the purple and white costume in She-Hulk? What else do you want to see from the half-hour legal comedy on Disney Plus? Sound-off in the comments below!

She-Hulk is currently slated for a 2022 release on Disney Plus. Stay tuned for all the latest news on Tatiana Maslany, Mark Ruffalo, Tim Roth, Abomination, The Hulk and She-Hulk and be sure to subscribe to Heroic Hollywood’s YouTube channel for more original content!