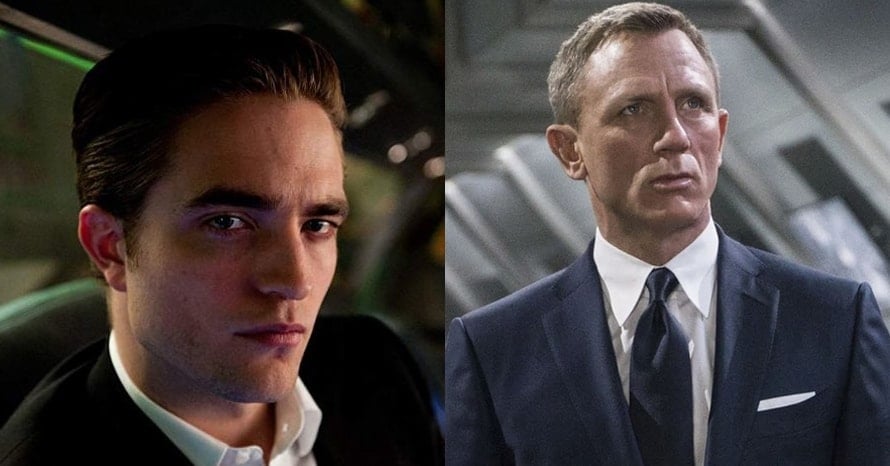 Robert Pattinson replaces Daniel Craig as James Bond in a new concept design that imagines the Batman star as the next 007.

Although audiences will next see Robert Pattinson as a vigilante crime fighter guarding Gotham City in Matt Reeves’ The Batman, a cool piece of fan art pictures him as the next James Bond to replace Daniel Craig after he finishes up with the franchise after No Time To Die eventually arrives in theaters. Pattinson’s repertoire of roles so far has really shown off his acting range, with performances in projects like Cosmopolis, Good Time and The Lighthouse displaying just how far he can go.

The design comes from ‘barrett.digital’ on Instagram and puts Robert Pattinson in a Sean Connery inspired look with the white jacked and red lapel pin. The Batman star can also be seen sporting James Bond’s iconic pistol, the Walther PPK. It’s a much more clean-cut and suave look than what we’ve seen from Pattinson’s Bruce Wayne in the first trailer for The Batman. He’d definitely be an interesting choice to follow up Daniel Craig’s James Bond, that’s for sure. Take a look at the Robert Pattinson design below.

Would you like to see Robert Pattinson take on James Bond? Who else could pick up the role after Daniel Craig’s exit? Are you excited to see Pattinson as Bruce Wayne in The Batman? Let us know in the comments section!

No Time To Die is now scheduled to hit U.S. theaters on October 8, 2021. Stay tuned to Heroic Hollywood for all the latest news surrounding The Batman, Robert Pattinson, Daniel Craig and No Time To Die, and make sure to subscribe to our YouTube channel for more content!