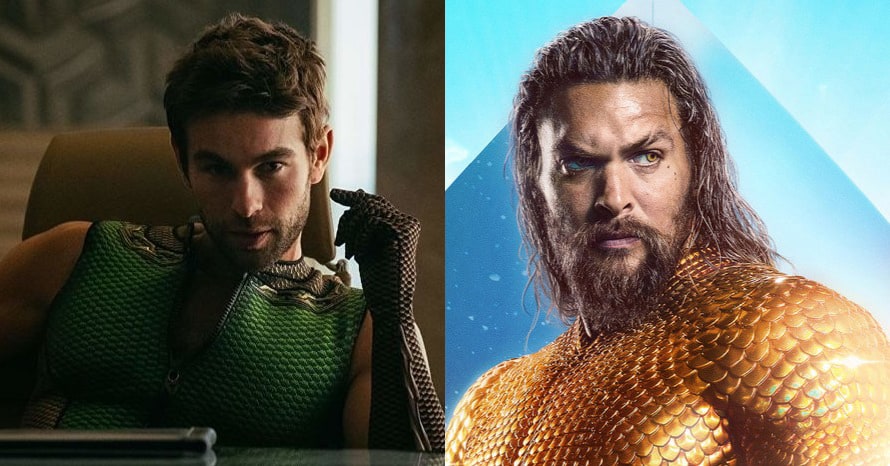 The Boys star Chace Crawford replaces Jason Momoa as Aquaman in a hilarious new design which honors one of the funniest moments from the series.

As most fans already know, Chace Crawford’s The Deep is a direct parody of Aquaman in The Boys, but a new design sees the star replace Jason Momoa in the DC Extended Universe role. The Deep has had an interesting character arc across the series so far, from being an abusive, depraved hero to being a cult member, and it’s clear his story isn’t over just yet. It’ll be interesting to see where he ends up in The Boys season three, but let’s hope it involves more violent scenes involving whale attacks.

The new design comes from BossLogic on Instagram, who uses Chace Crawford to replace Jason Momoa as Aquaman in a brilliant new look. Although weirdly thanks to the actor’s light hair in the image, Crawford looks like a pretty accurate version of the classic Aquaman from the comics. Although The Deep is definitely not as heroic as Arthur Curry. The design also features the dolphin from The Boys season one, which is one of the most unforgettable moments from the series as a whole. Take a look below.

What do you make of The Boys star Chace Crawford replacing Momoa as Aquaman? Do you like The Deep in the series? Sound-off in the comments below!

The Boys is available on Amazon Prime Video. Stay tuned for all the latest news on The Boys, its upcoming spinoff at Amazon, the future of the Avengers franchise, and be sure to subscribe to Heroic Hollywood’s YouTube channel for more exclusive video content.