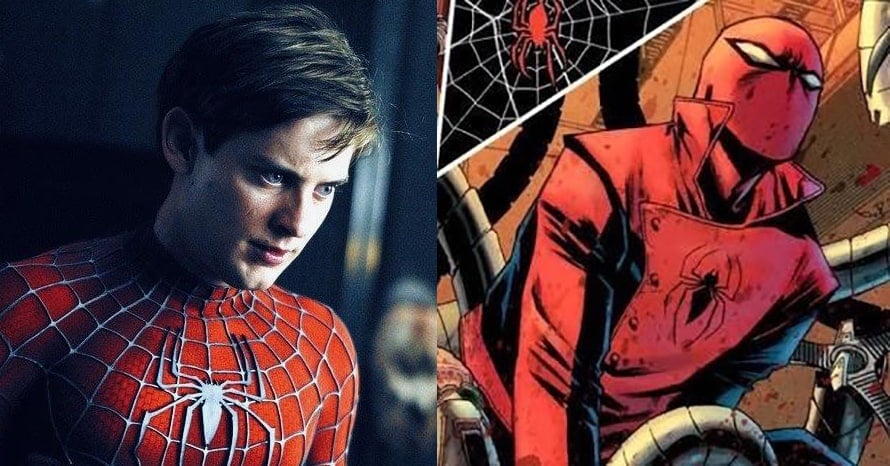 Rumors and reports have swirled for months about the supposed appearances from Tobey Maguire and Andrew Garfield as their respective Spider-Men in Tom Holland’s Spider-Man 3, and although Holland himself denied the idea, many fans are still expecting them to show up at some point. A new design gives Maguire a surprising suit: the leather jacket from the Last Stand comic.

If you’re not familiar with Last Stand, it reveals a somewhat darker future for an older Peter Parker, who is pushed over the edge by the villains he faces, even murdering the likes of Kraven the Hunter and Doctor Octopus. His story ends with a fatal confrontation against the New York Police Department, who try to arrest him for his crimes, but end up gunning the Wall-Crawler down. The art from ‘spdrmnkyxxiii’ gives Tobey Maguire the leather jacket look from that story arc and adds in some facial scars to show he’s not had a fun few years. Take a look at Tobey Maguire in the suit below.

What do you make of the Tobey Maguire design? Are you still hoping to see Andrew Garfield and Tobey Maguire show up in the MCU? Would you like to see the actor wear the Last Stand suit for the Tom Holland sequel? Sound-off in the comments below!

Spider-Man: Far From Home is now available on Digital HD, 4K Ultra HD Blu-ray, Blu-Ray, and DVD. Stay tuned for all the latest news regarding Tobey Maguire and the Marvel Cinematic Universe, and be sure to subscribe to Heroic Hollywood’s YouTube channel for more content.