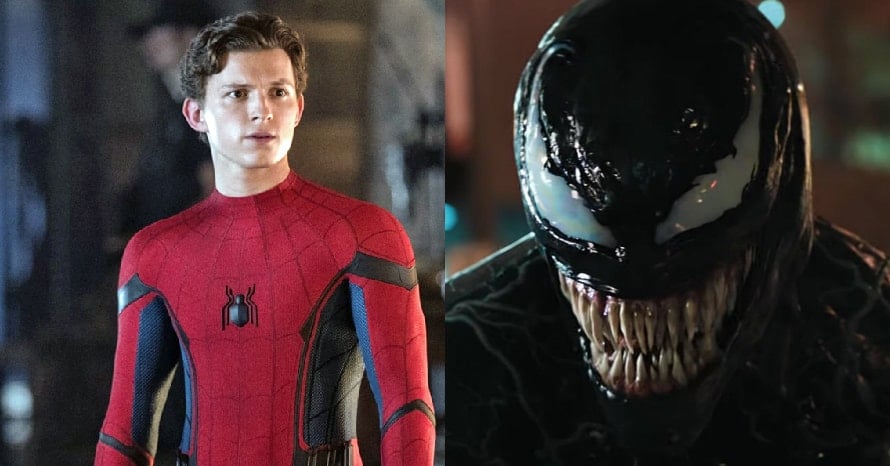 Now that production on Spider-Man 3 is well underway in Atlanta, Georgia, many fans are wondering what else is ahead for Tom Holland in the Web-Slinger’s third solo film in the MCU. With the addition of Benedict Cumberbatch’s Doctor Strange in the sequel, many are wondering whether the Sorcerer Supreme will be the gateway to the multiverse of previous Spider-Man movies. And with Jamie Foxx reprising his role as Electro, some fans want to see Holland meet other villains, especially Tom Hardy’s Venom. But if Spider-Man and Venom feature in the same movie together, it would be criminal not to see Peter Parker don the Symbiote suit at least once.

A concept from digital artist “britedit” on Instagram imagines Tom Holland in the Symbiote suit for Spider-man 3, leaning into the black and white design of the classic look with a modern twist. If anything, the suit feels reminiscent of Flash Thompson’s outfit as Agent Venom in the comics, while the second design in the Instagram post swaps the white for an eerie red look. After Tom Hardy posted a picture of Venom eating Spider-Man last year it seems like it might only be a matter of time and/or scheduling before the two characters finally share the screen again. You can see Tom Holland in the Symbiote suit for Spider-Man 3 below.

Do you want to see Tom Holland get the Symbiote suit in Spider-Man 3? Should the star face off with Tom Hardy’s Venom at some point? Comment below and let us know!

Here is the official synopsis for Spider-Man: Far From Home:

Spider-Man: Far From Home is now available on Digital HD, 4K Ultra HD Blu-ray, Blu-Ray, and DVD. Stay tuned for all the latest news on the Marvel Cinematic Universe and be sure to subscribe to Heroic Hollywood’s YouTube channel for more original video content!