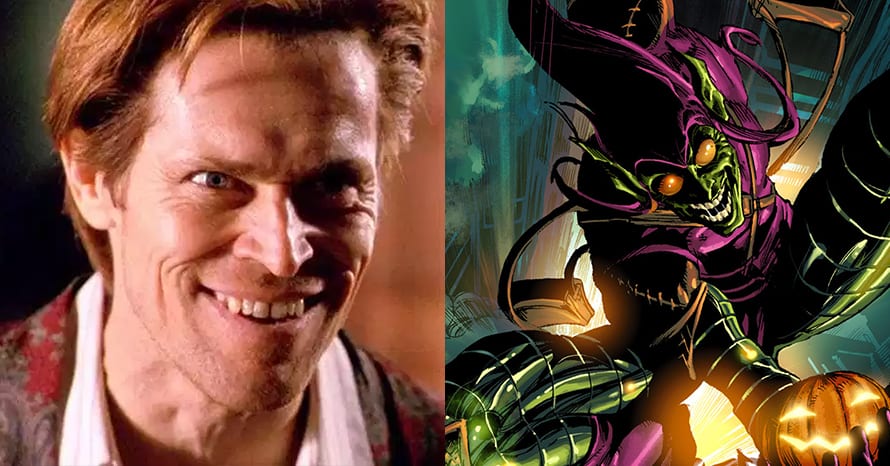 Since Tom Holland’s Spider-Man 3 is seemingly recruiting a number of actors who’ve previously faced different versions of the web-slinger on the silver screen before, it wouldn’t be surprising if Willem Dafoe returns to the role of Green Goblin once again. With Alfred Molina back as Doctor Octopus and Jamie Foxx as Electro, is it really a stretch to imagine that we will see the Green Goblin’s return from across the multiverse to take on Tom Holland’s Peter Parker.

In 2019, Willem Dafoe said that playing Norman Osborn was fun, but a lot of time has passed since then and he couldn’t wrap his head around the idea. But with Marvel Studios fully embracing the multiverse, it’s entirely possible that the star could return. This stunning piece of fan art from Instagram user ‘jaxsonderr’ puts Willem Dafoe in the classic bright purple and green outfit from the comics rather than the combat suit audiences saw him wear in Sam Raimi’s Spider-Man. Hopefully if he does make a reappearance, he gets a new costume to mark the occasion. You can see Willem Dafoe in the classic Green Goblin suit for Tom Holland’s Spider-Man 3 below.

Are you hoping Willem Dafoe comes back to the Marvel universe to reprise his role as Green Goblin?  What do you want to see from Spider-Man 3? Should Tom Holland’s hero get an original version of Green Goblin to fight? Sound-off in th ecomments section!

Spider-Man: Far From Home is now available on Digital HD, 4K Ultra HD Blu-ray, Blu-Ray, and DVD. Stay tuned for all the latest news regarding Willem Dafoe, Green Goblin and Spider-Man 3, and be sure to subscribe to Heroic Hollywood’s YouTube channel for more content.