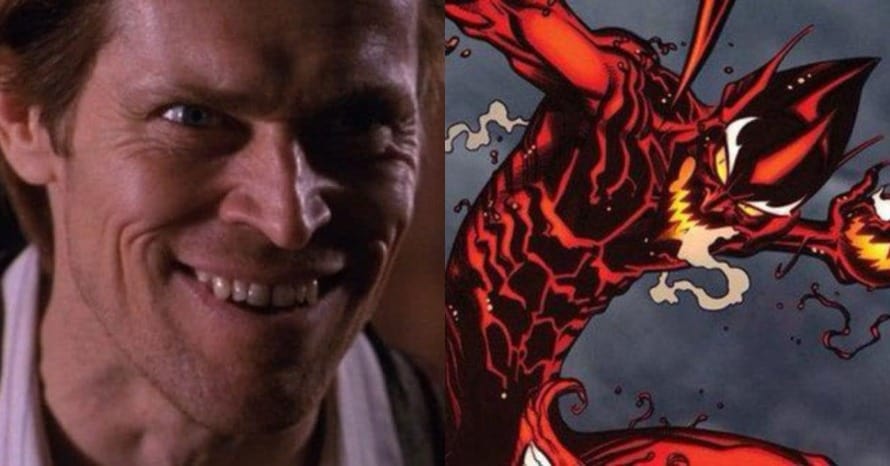 As fans eagerly await the first trailer for Spider-Man: No Way Home, constant speculation permeates the internet about what we should expect from this upcoming film. There is confirmation that Electro (Jamie Foxx) and Doc Ock (Alfred Molina) will be returning to the big screen in this film, leaving many speculating that they are opening up the live-action Spider-Verse, but as of right now, the possible return of Tobey Maguire and Andrew Garfield remains unconfirmed.

A rumor was reported back in May that Academy Award-nominee Willem Dafoe would be reprising his role as Norman Osborn AKA the Green Goblin in Spider-Man: No Way Home, serving as the film’s primary antagonist to Tom Holland’s Peter Parker. Perhaps a trailer will officially reveal what we should expect, but in the mean time, talented fans have already crafted artwork depicting Willem Dafoe’s return to the Spider-Man franchise.

In this design from Instagram artist Venomhology, we see how Willem Dafoe would look like as Red Goblin. You can check it out down below:

In the comics, the Red Goblin arose after Norman Osborn merged with the Carnage symbiote. If a Red Goblin were to come to life in Sony Pictures’ Universe of Marvel Characters (SPUMC), it would be interesting if Woody Harrelson’s Cletus Kasady/Carnage was involved.

Would you like to see Willem Dafoe as Carnage in Tom Holland’s Spider-Man movies? Sound off in the comments below.

“Following the events of Avengers: Endgame, Peter Parker (Tom Holland) returns in Spider-Man: Far From Home. Our friendly neighborhood Super Hero decides to join his best friends Ned, MJ, and the rest of the gang on a European vacation. However, Peter’s plan to leave super heroics behind fofr a few weeks is quickly scrapped when he begrudgingly agrees to help Nick Fury (Samuel L. Jackson) uncover the mystery of several elemental creature attacks. Spider-Man and Mysterio (Jake Gyllenhaal) join forces to fight the havoc unleashed across the continent but all is not as it seems.”

Spider-Man: No Way Home is currently set to be released on December 17, 2021. Stay tuned for all the latest news on Willem Dafoe, the upcoming film and be sure to subscribe to Heroic Hollywood’s YouTube channel for more original video content.