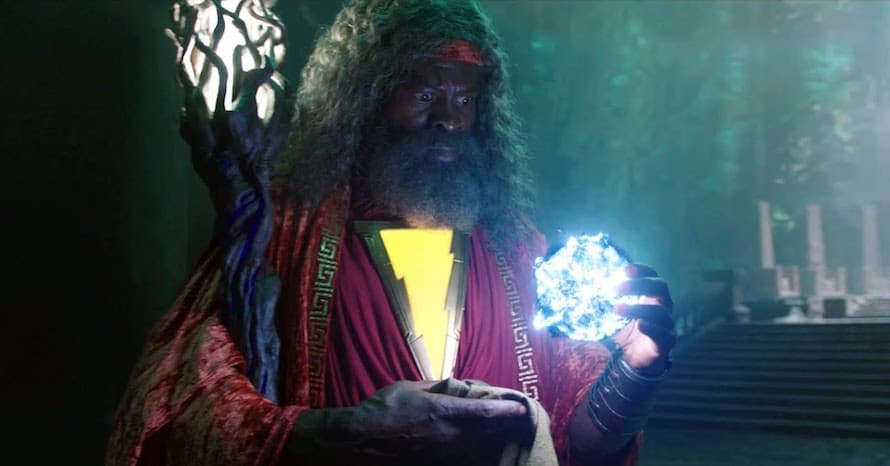 It’s almost been two years since Shazam! debuted in theaters, but a new design reveals the initial look for Djimon Hounsou as the Wizard that gives Billy Batson all of his incredible superpowers. It’s not the first time we’ve seen an alternate look for Hounsou, as a previous design showed off the sorcerer in his full glory, complete with an impressive beard. It’s a shame the star only had a brief role in the film, since he brought plenty of gravitas into his performance.

The latest reveal from concept artist Jerad S. Marantz shows off his initial sketch of the Wizard, shown with a symbol painted across his face while wearing a set of flowing Shazam! robes. Hopefully we’ll see more from the character in future films, perhaps even in Black Adam, which is set to explore some of the history of the DC Extended Universe. Take a look at the concept art of Djimon Hounsou in Shazam! below.

What do you make of the initial sketch for Djimon Hounsou as the Shazam! Wizard? Do you like the concept design? Sound-off in the comments below!

Here is the official synopsis for the first Shazam!: