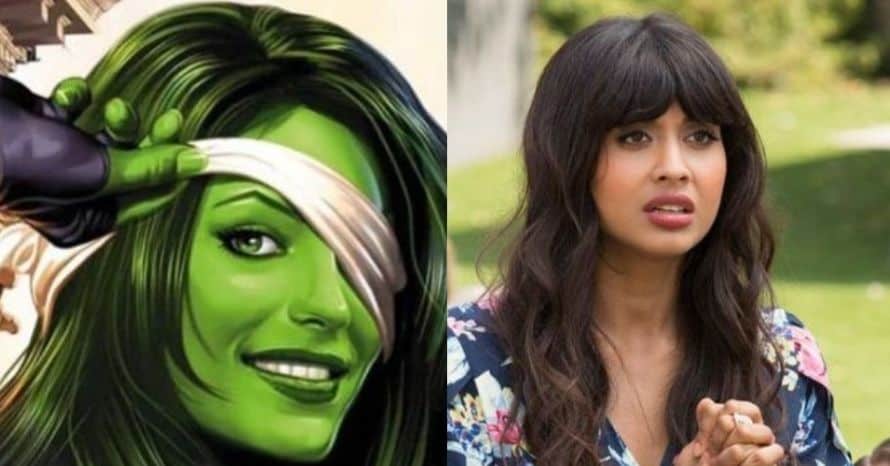 She-Hulk actress Jameela Jamil confirmed her casting in the new series with a BTS training video.

Last month, it was reported that actress Jameela Jamil joined the cast of Marvel Studios’ upcoming Disney Plus original series She-Hulk. The series, which will star Tatiana Maslany as Jennifer Walters and Mark Ruffalo as Bruce Banner is currently in production, and now we have official confirmation that Jameela Jamil has joined the cast that also includes Tim Roth as the Abomination, Ginger Gonzaga and Renee Elise-Goldsberry.

Jameela Jamil shared a TikTok video of her training for her role in She-Hulk. You can check it out down below:

Most recognized for her role in the NBC sitcom The Good Place, Jameela Jamil is expected to play the villain Titania, who in the comics was caught up in Marvel’s 1984 series Secret Wars and was taken by Doctor Doom. The iconic Fantastic Four antagonist gave Titania superstrength and stamina and used her in his battles against the heroes.

Are you excited to see Jameela Jamil officially confirmed as part of the cast of She-Hulk? If she is playing Titania, do you think she’s a good fit? Sound off in the comments below.

Marvel Studios’ upcoming slate of films includes Black Widow, The Eternals, Shang-Chi and the Legend of the Ten Rings, Doctor Strange in the Multiverse of Madness, and Thor: Love and Thunder. In addition to the aforementioned feature films and She-Hulk series, Marvel Studios is developing several shows for Disney Plus, including Loki, What If…?, Hawkeye, Ms. Marvel, and Moon Knight.

She-Hulk is currently slated for a 2022 release on Disney Plus. Stay tuned for all the latest news on Marvel’s upcoming Disney Plus original series and be sure to subscribe to Heroic Hollywood’s YouTube channel for more original video content!