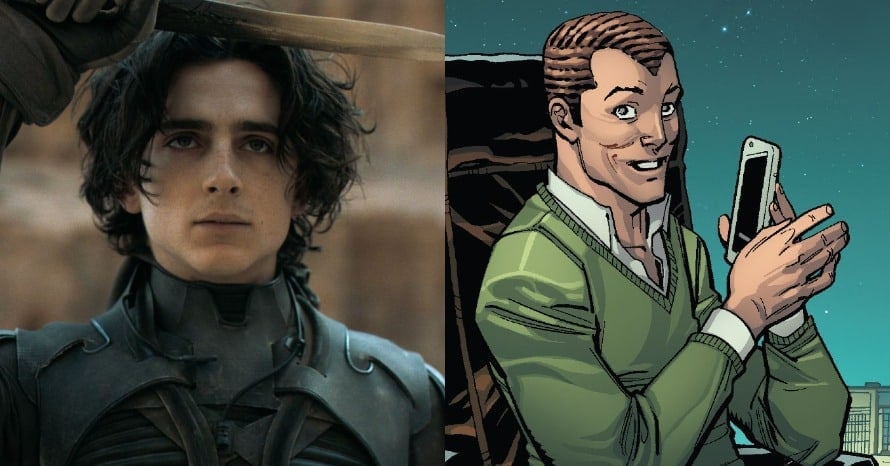 The stars of Spider-Man: No Way Home ponder the idea of Timothee Chalamet playing Harry Osborn.

Ever since his introduction to the Marvel Cinematic Universe, the Tom Holland version of Spider-Man has introduced a slew of new characters, but a few integral figures of the character’s history have been absent. In particular, Peter Parker’s best friend Harry Osborn is nowhere to be seen at this moment. Obviously, numerous fan-castings have been brought up, and perhaps the most popular choice amongst fans is Academy Award-nominee Timothee Chalamet.

Timothee Chalamet, who appeared in Dune alongside Spider-Man: No Way Home star Zendaya has previously expressed that he would not pursue roles in superhero movies, but that’s not stopping Tom Holland and his co-stars from sharing their thoughts on him potentially playing Harry Osborn in the MCU. While speaking with The Associated Press, Tom Holland, Zendaya and Jacob Batalon all were open to the idea:

At the moment, Timothee Chalamet is busy working on two different franchises with the upcoming Dune: Part Two and his Wonka origin movie. Given his previous comments, don’t be surprised if he doesn’t end up playing Harry Osborn (or Robert Pattinson’s Robin for that matter). But if he were to sign on to any of these roles, one can guarantee that he would bring his A game. After all, he is one of the most-acclaimed actors of his generation already.

For the first time in the cinematic history of Spider-Man, our friendly neighborhood hero’s identity is revealed, bringing his Super Hero responsibilities into conflict with his normal life and putting those he cares about most at risk. When he enlists Doctor Strange’s help to restore his secret, the spell tears a hole in their world, releasing the most powerful villains who’ve ever fought a Spider-Man in any universe. Now, Peter will have to overcome his greatest challenge yet, which will not only forever alter his own future but the future of the Multiverse.”

Spider-Man: No Way Home will hit theaters on December 17, 2021. Stay tuned for all the latest news surrounding the film as well as the possible future of Timothee Chalamet and Harry Osborn, and be sure to subscribe to Heroic Hollywood’s YouTube channel for more original video content.