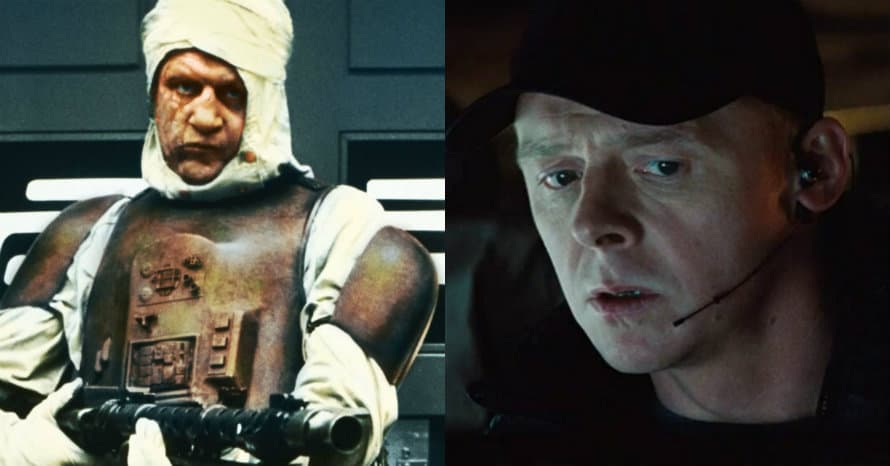 Star Wars: The Force Awakens star Simon Pegg wants to play Dengar in an upcoming season of The Mandalorian.

The Mandalorian has proven to be Disney Plus’ biggest hit, with a second season currently on its way. The second season of the Star Wars series is looking like a full-on prequel and original trilogy reunion as it’s set to star both Ahsoka Tano and Bobba Fett.    Now, Simon Pegg has thrown his name in the mix as a potential actor to portray an original trilogy character in an upcoming season of The Mandalorian. In an interview with Collider, Pegg was asked which show he’d like to guest star on. Pegg revealed that he’d like to return to the Star Wars universe in an upcoming season of The Mandalorian. His character of choice? Dengar the bounty hunter.

“I’ve mentioned it a few times, but surely, if Taika [Waititi, director] and [series creator Jon] Favreau decide to bring Dengar into The Mandalorian, then I have some form [of experience] in the past having played him in Star Wars: Battlefront and The Clone Wars. So just saying. I heard they just employed Katee Sackhoff to play a character that wasn’t in the movies but she played it before in a different Star Wars thing, so just saying.”

In addition to Ahsoka joining the live-action Star Wars project, it was recently revealed that Katee Sackhoff would be reprising her role as Bo-Katan for the series. Dengar himself originally appeared in Star Wars: The Empire Strikes Back. Simon Pegg later took on the role of the bounty hunter for an episode of the animated series Star Wars: The Clone Wars.

It’s surprising to hear Pegg say that he’d like to play Dengar considering he also played Unkar Plutt in Star Wars: The Force Awakens. The Mandalorian takes place well before the seventh film in the franchise, which means we could have seen the origins of the Jakku junk trader played by Pegg. Regardless of which character he wants to play, it would be great to see Pegg return to the Star Wars universe as he’s been sorely missed.

Do you think Simon Pegg should play Dengar in an upcoming season of The Mandalorian? Comment below and let us know!

Here is the official synopsis for The Mandalorian:

The Mandalorian season one is now available exclusively on Disney Plus. Stay tuned to Heroic Hollywood for the latest news on the Star Wars franchise and make sure to subscribe to our YouTube channel for more content!