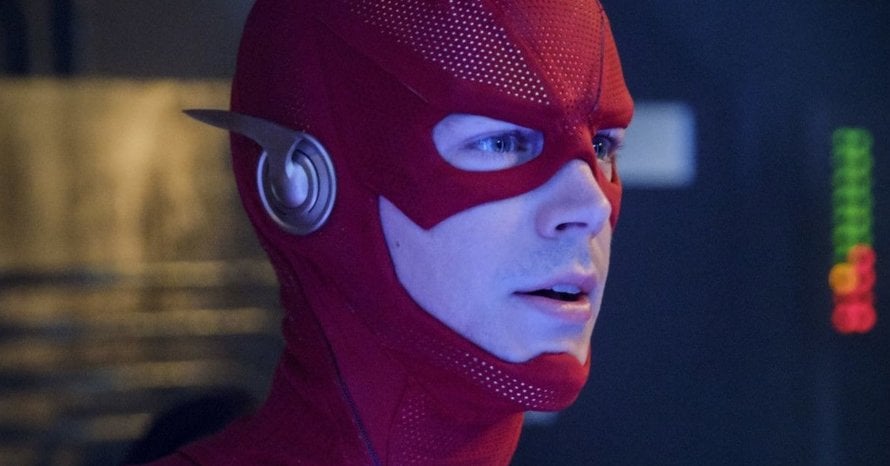 Star of The Flash, Grant Gustin, announced that he and his wife LA Thoma are expecting their first child.

After two years of marriage, The Flash star Grant Gustin and his wife LA Thoma announced on Instagram that they’re expecting their first child. The Scarlet Speedster’s TV series is set to return in a few weeks time after season six was unceremoniously cut short due to the ongoing pandemic. But it’s not all bad news for Gustin, as his family is about to get a little bigger.

Grant Gustin posted a photo of himself and his wife holding up an ultrasound, explaining in the caption that they’re unbelievably excited. The couple posed with their dogs too, since they’re also part of the family. When The Flash returns to The CW at the beginning of March, Grant Gustin’s Barry Allen won’t have as much of a happy time – since he’ll be attempting to save Iris West-Allen from the Mirrorverse. Take a look at Gustin’s good news below.

Are you excited to see Grant Gustin return in The Flash season seven? How do you think the series will pick up after the end of season six? Sound-off in the comments below!

Grant Gustin’s The Flash is set to return this year on The CW. Here is the official synopsis for The Flash season seven:

The Flash will return on The CW in 2021. Stay tuned for all the latest news on the upcoming season of Grant Gustin’s The Flash and be sure to subscribe to Heroic Hollywood’s YouTube channel for more original content.