The first image from James Gunn’s The Suicide Squad shows Polka-Dot Man, Peacemaker, Bloodsport and Ratcatcher suited up and ready for action while the second still features the four characters with the rest of members of the titular team. You can check out the two images below. 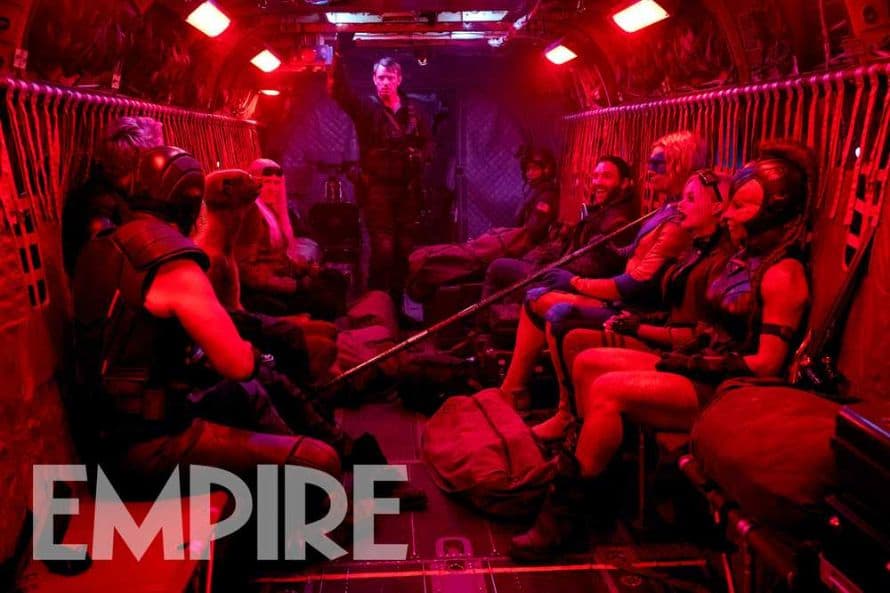 During an interview with Empire, James Gunn was asked about how The Suicide Squad relates to its predecessor, which was directed by Fury and End of Watch helmer David Ayer. Here’s what Gunn had to say on the matter:

“It does not contradict the first movie, I don’t think. It might in some small ways… I don’t know… Listen, David Ayer’s gotten trouble for the movie. I know it didn’t come out how David wanted it to come out. But he did one really, really great thing, and that is he picked fantastic actors to work with, and he dealt with these actors in building their characters in a really deep and fearless way. It’s something David definitely deserves to be lauded for, and it’s definitely added to this movie.”

The first Suicide Squad followed a team of supervillains who were recruited by the government for a dangerous black ops mission in exchange for reduced sentences. The ensemble cast included Will Smith as Deadshot, Margot Robbie as Harley Quinn, and Jared Leto as The Joker. However, James Gunn is expected to deliver on the fresh take on the team in his upcoming movie.

The Suicide Squad is currently scheduled to hit theaters on August 6, 2021. Stay tuned for all the latest news regarding James Gunn’s The Suicide Squad and be sure to subscribe to Heroic Hollywood’s YouTube channel for more original video content.