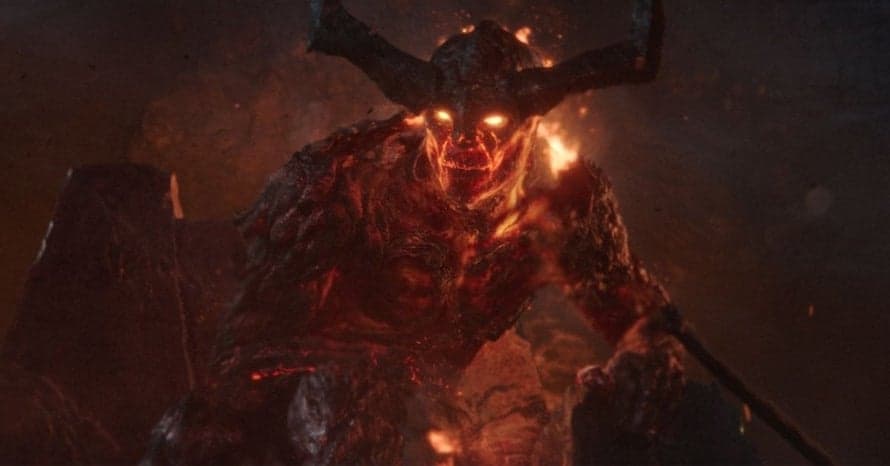 Clancy Brown has an incredibly recognizable voice for most fans after voicing heroes and villains in a whole range of animated shows like Justice League, Superman: The Animated series, Star Wars: Rebels and Avengers Assemble. He also brings a brilliant presence to the screen in films like Starship Troopers and The Shawshank Redemption, but he also appeared in Thor: Ragnarok back in 2017 as the fire giant, Surtur. And although the film ended with Surtur obliterating Asgard, Clancy Brown would happily return to the character.

In a new interview with ComicBook.com ahead of his latest film, The Mortuary Collection, Thor: Ragnarok star Clancy Brown revealed that Surtur was fun to play and he would “happily” return to the role. Although don’t expect him to turn up in Thor: Love and Thunder alongside Natalie Portman and Chris Hemsworth, as Brown revealed that he didn’t sign up to appear in multiple movies. He noted that while it was a fun role, it wasn’t a pivotal role in his career. Take a look below.

“That was a voiceover character pretty much. So, I mean, I would happily do it again, because it would be a mo-cap, and that would be fun, and a voice, but they didn’t sign me up for any multi-picture deal or anything like that. If they call me up, and we can reach a deal, then I’ll do it. If they call me up, and they don’t want to pay me, then I won’t. I mean, it’s not that big a deal. It’s not a real character to me anyway, Surtur.”

What do you think about Clancy Brown as Surtur? Do you think the character should come back? Or is there another hero or villain he could play? Sound-off in the comments below!

In Marvel Studios’ Thor: Ragnarok, Thor is imprisoned on the other side of the universe without his mighty hammer and finds himself in a race against time to get back to Asgard to stop Ragnarok – the destruction of his home world and the end of Asgardian civilization at the hands of an all-powerful new threat, the ruthless Hela. But first he must survive a deadly gladiatorial contest that pits him against his former ally and fellow Avenger – the Incredible Hulk!

Thor: Ragnarok is now available on Digital HD, 4K Ultra HD, Blu-ray, and DVD. Meanwhile, Love and Thunder is set to hit theaters on February 11, 2022. Stay tuned for all the latest news regarding the Marvel Cinematic Universe and be sure to subscribe to Heroic Hollywood’s YouTube channel for more great video content!