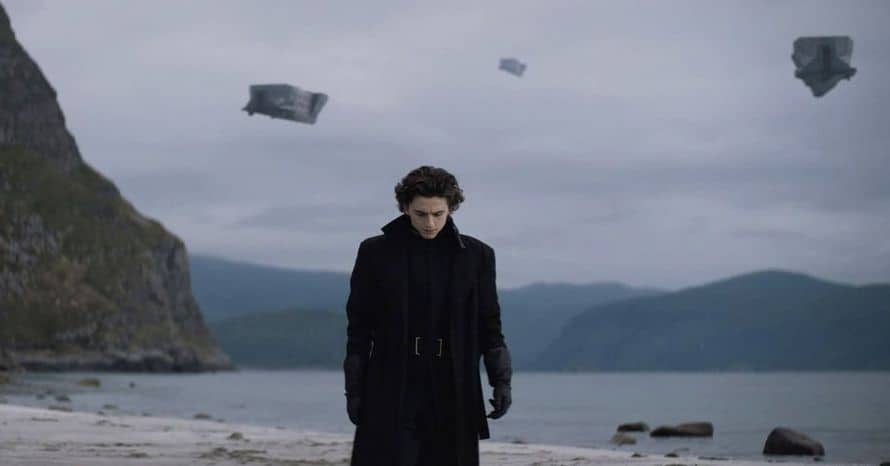 The upcoming Dune remake starring Timothee Chalamet is reportedly moving back to an exclusive theatrical debut and will no longer stream on HBO Max when released in October.

When Warner Bros. first announced that Dune and the other 2021 films would have a simultaneous theatrical and HBO Max debut, many directors like Denis Villeneuve and Christopher Nolan voiced their displeasure with the decision. For Villeneuve, it’s because of his upcoming Dune film led by Timothee Chalamet that hopes to launch a franchise with a spin-off series already in development for the streamer.

The United States is reaching a sense of normalcy with theaters reopening and new CDC guidelines for those who are vaccinated. Dune was originally going to hit theaters last Christmas, but the film is now set for October. According to Deadline, Timothee Chalamet’s Dune will no longer hit HBO Max when it comes out and will become a theater exclusive once again. Warner Bros. has also reached a deal with Regal to bring back 45-day theatrical windows in 2022.

Update: WarnerMedia’s Johanna Fuentes responded to the news on Twitter:

#Dune will premiere in theaters and on HBO Max on the same day in the US. (Source: Warner Bros.) https://t.co/SiFpbz0nK2

Are you bummed Dune will no longer be available on HBO Max right away? Let us know in the comments section below!

A synopsis of Dune reads as follows:

Set in the distant future, Dune tells the story of Paul Atreides whose family accepts control of the desert planet Arrakis. As the only producer of a highly valuable resource, control of Arrakis is highly contested among the noble families. After Paul and his family are betrayed, the story explores themes of politics, religion, and man’s relationship to nature as Paul leads a rebellion to restore his family’s control of Arrakis.

Dune is set to hit theaters on October 1, 2021. Stay tuned for all the latest news on Timothee Chalamet’s upcoming Dune film, and make sure you subscribe to Heroic Hollywood’s YouTube channel for more content!